But THAT'S the Valverde we all remember - given a two run lead in the 9th he allows two HRs, two singles, four runs.  Welcome home, Jose... 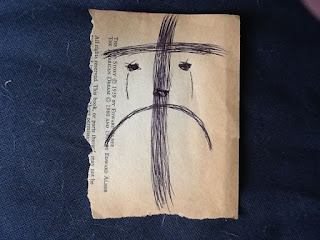 (In truth I'm happy with how this turned out, but I might slightly prefer the template showcased in the previous post...) 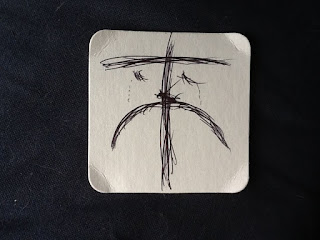 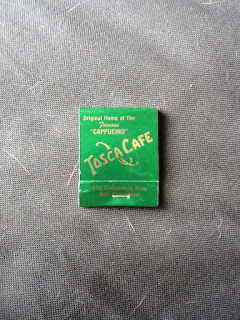 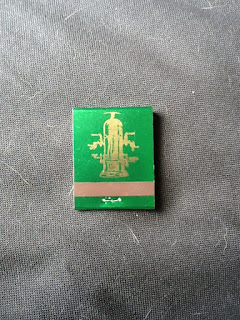 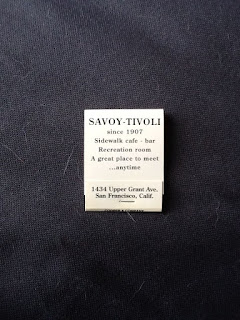 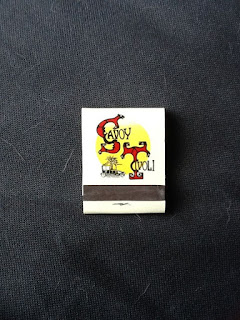 In a million years I did not know that the song Tainted Love I grew up pretty much hating was a cover version.  Thanks to Brian Holt of, let's say, Los Angeles, for cluing me in to the truth.  (And, to be fair, I probably don't hate the cover anymore; but I wouldn't go so far as to say I like it, either.  This on the other hand...)

Tainted Love and it's not by Soft Cell... 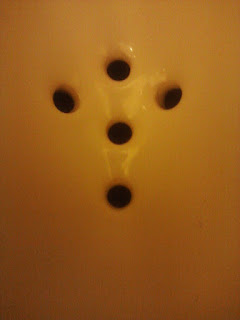 (With regards to Messrs. Duchamp and Serrano...) 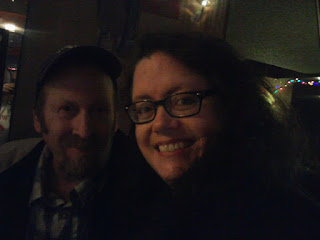 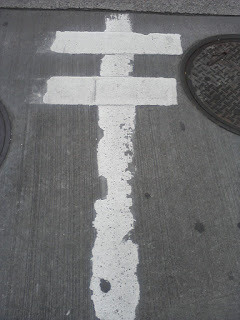 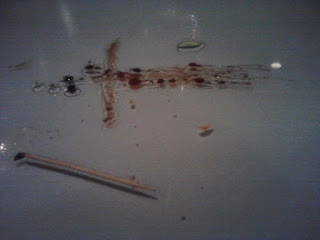 
Infection By Light is curious to know what we can do to help.  Any suggestions greatly appreciated...


(For example, Matt Barber, a lawyer with a group called Liberty Counsel, said the Scouts have become the "latest formerly honorable institution to crumble" under the "homofascist agenda." The American Family Associations Bryan Fischer added, "BSA now stands for Boy Sodomizers of America, because that's what will happen. Mark my words." )

Another scoreless inning from Jose in a non-save situation - set them down 1-2-3 tonight in Cleveland.  For the year, his ERA stands at .90 and his WHIP at .60.  Very impressive and yet, lurking somewhere, somewhere in the dark corners of my brain - several horrendous blown saves awaitin' to happen.  Ah, we shall see...

In the meantime, what the fuck is up with Verlander? Three terrible outings in a row...

There are maybe six or seven Farolito taquerias in the Bay Area - one in the East Bay, one in Sebastopol, I think (though these may go by different names); at least three in San Francisco proper.  Have no idea how long I've had these matches, but they are from the one at the corner of 24th and Mission.  Was just there again on my recent SF trip and Holy Christ.  Not only the best veggie burrito I've had in San Francisco, the best I've had ever; same for the chorizo; same for the marinated chicken.  The carnitas I'll give the nod to Cancun at Mission and 19th, fair is fair.  Also, who knew - the NACHOS at El Farolito are some of the best I've ever had in any taqueria, restaurant, homemade etc.  But hey, go on - ask me what I REALLY think why don't you... 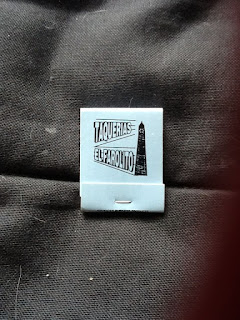 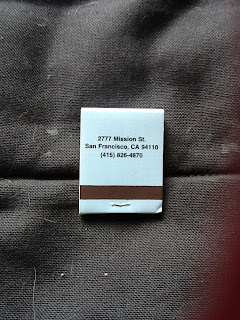 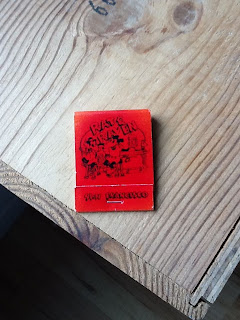 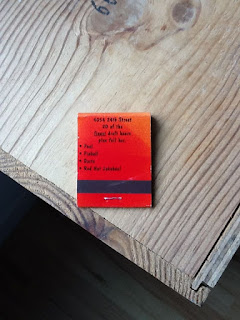 Jose just getting a little work in tonight with a 4 run lead in the 9th - a single, a hit batter.  Personally I like a 1-2-3 inning but what are you gonna do... 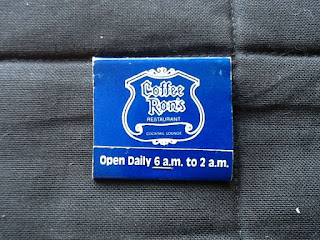 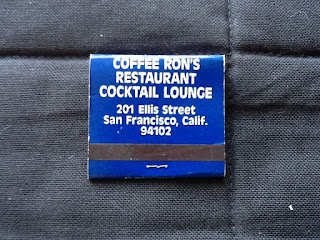 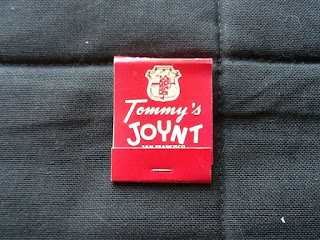 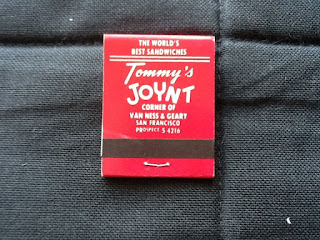 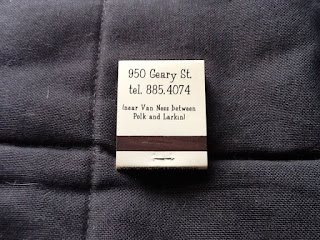 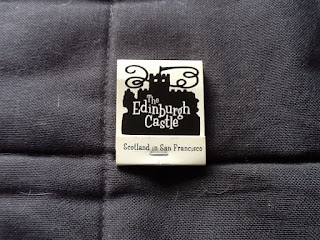 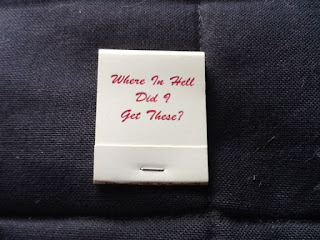 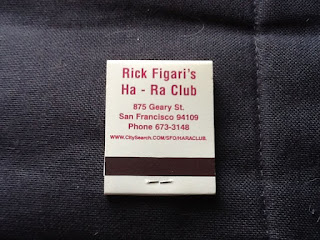 ... brought to you courtesy of the men's room at the Little Red Hen, Green Lake, Seattle.  And, of course, by all the true romantics roaming the halls here at Infection By Light... 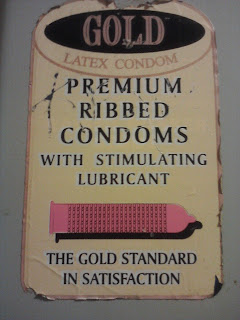 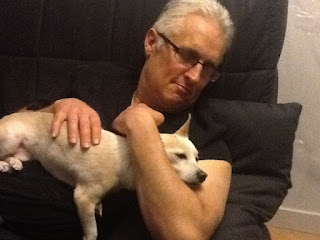 One of our good Seattle friends loving up Pooch #1...

Yep, it's TWO moms, holy crap! You will find it in this link, along with a brief word from Chris, ta boot...

Obviously a threat to our civilization, this.  Everybody in, nobody out.

Apparently if a body grew up in Seattle, a body has been going to Dick's Burgers since before conscious memory.  Dick's is a chain, though a small one - I think there are something like six to ten of them throughout the city (citation needed).  As I try not to eat all that much red meat, Dick's was not on my To Do List these first eighteen months in Seattle.  But, Wednesday, as I left the dentist on 45th Street in Wallingford, there was a Dick's about a block and a half down and, well, I was hungry.

So my first thought is this - be careful as you walk through the parking lot, at least at this Dick's, because cars are coming and going at a pretty good clip (it was the lunch rush hour).  Not to mention the lines at the windows move pretty fast, too.  I placed my order (a quarter pound burger, fries, and a chocolate shake (for an extra nickel I also got a small paper cup of diced onions)) and had my food in about sixty seconds.  The burger and fries were hot (burger: juicy; fries: thin, soft, golden), the shake cold.  And although perhaps not any one of these items was five star, I have to say each and every one was damn tasty, and my tri-cornered lunch (which I spread out on top of a recycling container, no place to sit if you didn't bring a car!) set me back $7.01.

I was pleasantly surprised by Dick's Burgers, I have to say, and will undoubtedly return again.

As I have been traveling, Valverde Watch has been on hiatus.  But I'm home in Seattle now and thought I would be remiss not to report Jose's first blown save of the season, last Sunday the 12th in Detroit vs. the Indians (this after a scoreless outing on Thursday the 9th in a non-save situation; he added another scoreless inning two nights ago (after the hiccup) in another non-save situation).  So he's 3/4 in save opportunities, and his numbers still look great, but a body gets suspicious, a body does...

What We Learn From "Dexter"

Never visit or live in Miami.  If you do either, you will probably be murdered, most likely in some unpleasant ritualistic fashion.  Though you have good odds of being avenged, for what that's worth.

McGrath - Two Pages A Day No Matter What 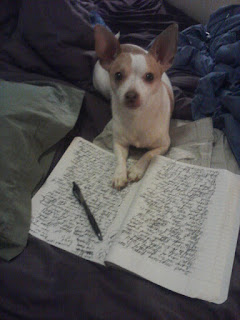 (Something I could aspire to.)

Photographed by Danielle on May 9th. 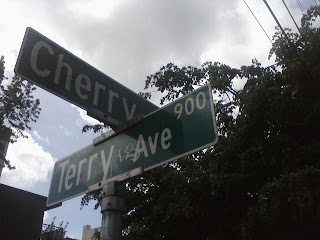 An original IBL photograph taken May 14th, 2013, in Seattle.

And so but I'm heading from Green Lake, Seattle to San Francisco and Environs from May 4th to the 13th and it's not impossible I may not exactly have the proper time during this period to give you the fascinating and valuable input you've come to expect from Infection By Light: The Blog; but I don't want you to think I don't love you, it's not that, it's not that at all.  It's just that there are people to see, and there is gin to drink, and there is prime rib and MOTHERFUCKING EL FAROLITO BURRITOS AND NACHOS TO EAT I HAVE NOT HAD AN EL FAROLITO BURRITO IN 18 MONTHS and, well, we'll see how it goes, okay? I mean no promises.  But, one way or the other, the love is there, make no mistake - the love is honestly there even if I'm not...

The Passion of the Crust 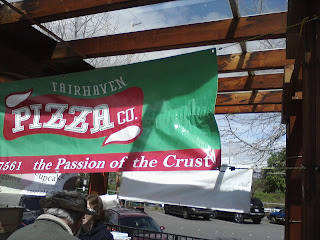 The folks at Fairhaven Pizza Company out of Bellingham, Washington are, to my mind, very funny people.  This snap was taken Sunday last, the 26th of April, during Bellingham's "Dirty Dan Days".  And I'll just let you look up "Dirty Dan Days" if you have a mind to (two words - piano race)...
Posted by IBL:mm at 8:16 PM No comments: