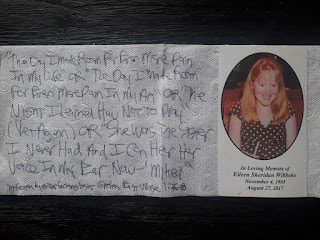 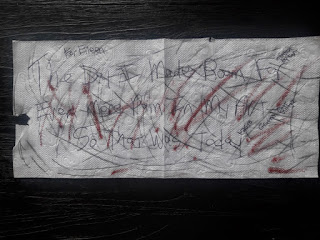 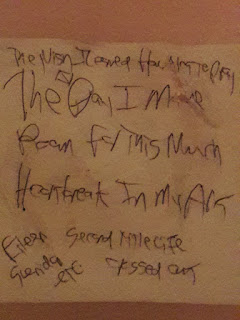 (The notes in question were from Friday night and pertain to the two untitled pieces which immediately follow.  The cocktail napkin itself ceases to exist after being used to protect the bar from three Beefeater gins.) 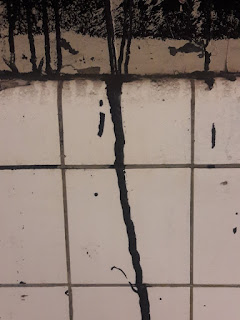 In Which I Fix Famous Poems #1 - "Trees" by Joyce Kilmer

(Upon further consideration, there is not a Goddamn thing that can be done here.)

"The Sacred Heart of Jesus" 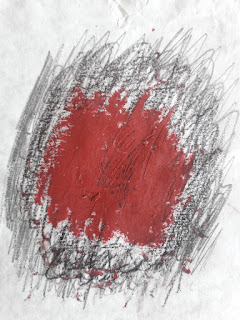 Above is how I intended it to look.  Below is how it appears when held up to light, which I didn't realize would happen when I was sorting it in the first place, it was simply a bi-product of the paper tablecloth itself. 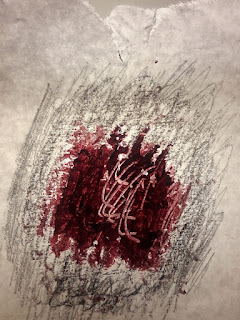 A New IBL Mini-Series - "In Which I Fix Famous Poems"

In an effort to keep the Infection By Light brand fresher than fresh, we are introducing a six-part series which will debut tomorrow, Monday, January 22nd, and run each Monday thereafter - In Which I Fix Famous Poems.  The title is pretty much self-explanatory.  I'm sure each of us has read poetry that was  part of the canon and thought, you know, "Boy, with just a little work, that could really be something."  Well, here at the IBL offices we have taken that to heart, and decided to take matters into our own hands,  because we've come to understand that's what you expect from us. 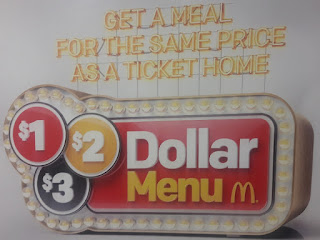 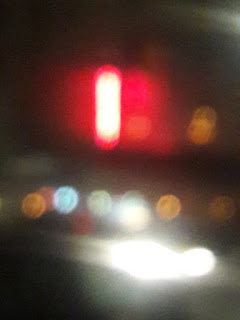 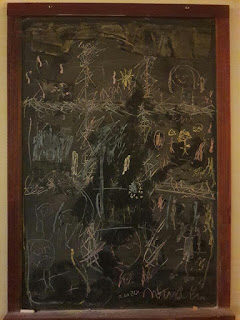 An original IBL photograph taken Saturday, February 25th, 2017, at Mother Aerie Eagles Lodge on Lake City Way in Seattle.  The piece in question is an original group project by 4 child artists (forever un-named) and Yours Truly (see blog post immediately preceding this).  Didn't think to measure the chalkboard when I was there, but it's probably about 4 feet by 3 feet or something like that.

Dare to dream they haven't erased it yet.

The Infection By Light Art Institute

On February 25th, 2017, Danielle and I went to the Mother Aerie Eagles' Club on Lake City Way in what I would believe would be the Maple Leaf neighborhood in Seattle.  The intention was to see live music performed by Jenny and the Tomcats, and perhaps there would be a dance or two.  But having been to the Mother Aerie previously (in fact just the week before), I also knew they had lovely giant chalkboards on which I could do a little art in between sets, or even when the music was playing.  Then, after the work was done, I could simply take a picture and walk away (see these pages dated May 8th, 2017 and July 31st, 2017 for examples of this).  But no sooner did I lay out my initial grid, the standard 3 x 3 squares, than I attracted a crowd, and it became my duty to eschew my own artistic ambitions for the evening and to EDUCATE.

These four snaps taken by Danielle or POSSIBLY Robin Wood, I'm just not sure now.

And, after the lesson, the five of us (we were subsequently joined by a little boy) created our masterpiece, which gets a blog post of its own following this. 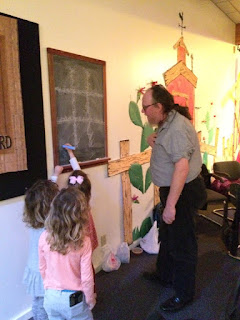 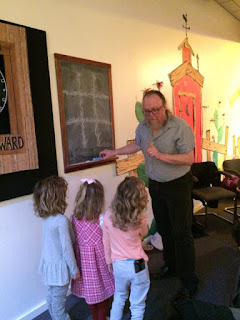 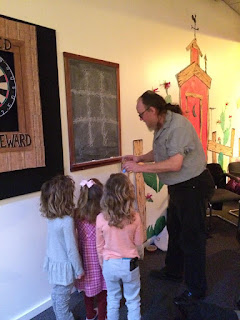 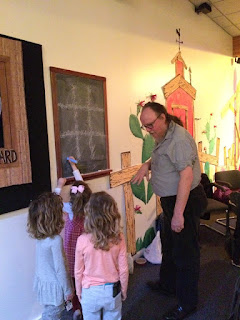 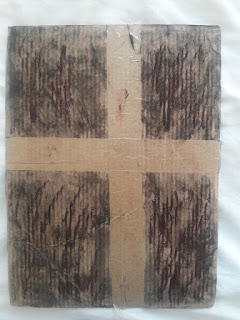 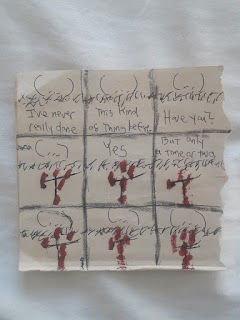 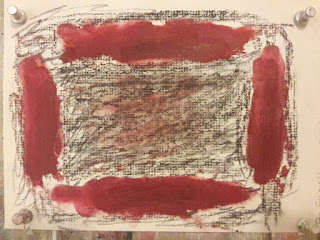 Completed on a wall of Michael Fox's home (on the wall where he hangs his very own in-progress canvasses; he was kind enough to grant me some space), I knew before I started it I was going to leave it behind - a gift, yes.  Which allowed me a freedom I might not have otherwise felt, though I'm not sure I could describe why.  When we left it was hard to say goodbye, but she has a good home and that makes me happy.  It's still up on his wall today and, if I was going to leave a gift behind, I'm Goddamn happy to know it's one of the best things I've done.  And it is.  In any event -

"Always and Forever Too Soon" 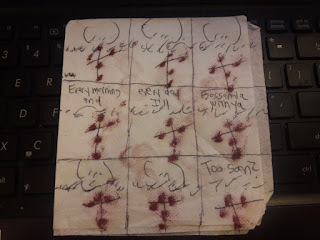 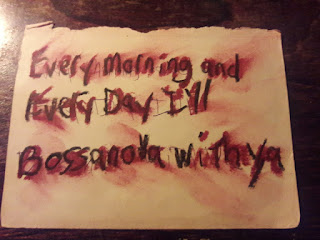 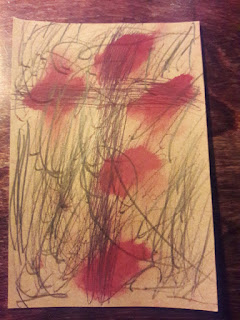 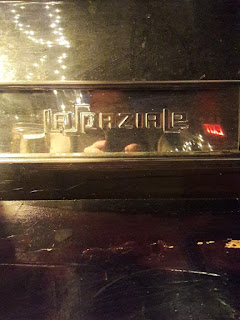 I rarely snap photos of myself but, when I do, they tend to be off the motherfucking hook. 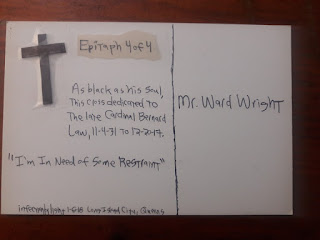 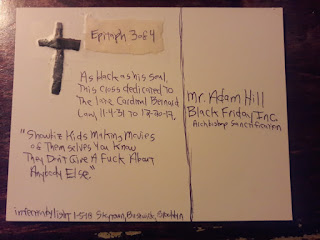 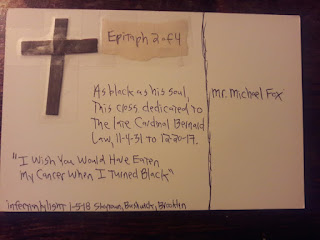 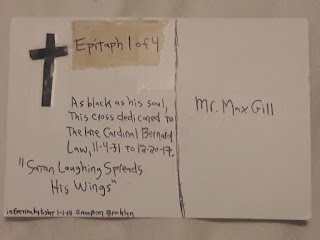