(Valverde unavailable this evening.)
Posted by IBL:mm at 6:56 PM No comments:

In a non-save situation, Jose Valverde sets down the side 1-2-3 on 6 pitches, stranding two inherited runners, and the Tigers finish off a sweep of the Atlanta Braves, likely the best team in baseball up to this point.

I could get used to this version of Valverde, but I promise I won't... 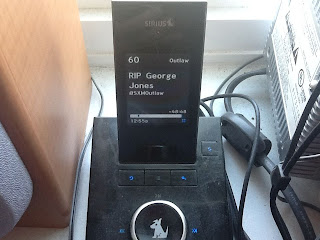 And, so, this one came to mind first thing...

He Stopped Loving Her Today... 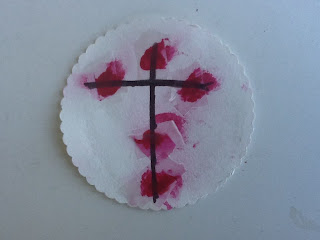 Jose Valverde Back as Tigers' Closer

File this one under "Kidding me, you have got to be fucking".  The Tigers' PROBLEM is that they litter the bases with runners that they fail to negotiate across home plate.  Until they solve that issue they don't really have much need of a closer and CERTAINLY not one with the statistical track record (look at that WHIP and that ERA some sunny day) of Valverde the last couple of years.

And, of course, I so want to look back on this post in the future and say, "Hey, happy to be wrong - he got his shit back together".  And to find out they scored a whole mess of runs along the way.

Kayne Doumani and Your Humble Narrator... 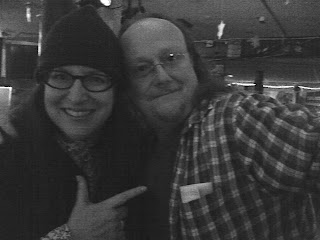 ... in glorious black and white in the Little Red Hen, December, 2012.  Photograph by Danielle. 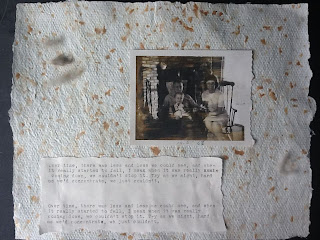 "Centurion Piercing the Side of the Crucified Christ" 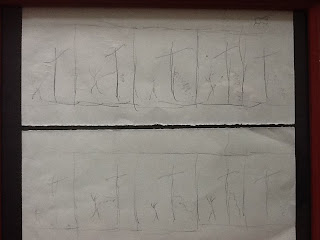 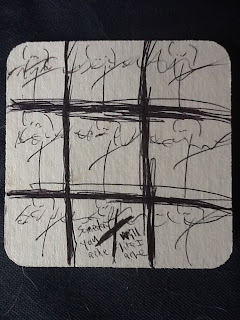 (A draft - preferred this way more than the "finished" version.)
Posted by IBL:mm at 3:05 PM No comments:

Punctuation, Capitalization - Not for the Faint of Heart

Or at least, you know, that's what it sounded like to me.  But before I could process this enough to have her re-boot the anecdote, what flashed through my mind was, "What could this Chinese guy have done to warrant such an extreme reprisal?" (Simple racism, perhaps? Or had he been just too Goddamn funny for his own good?)

As it turns out, though, the story (which completely escapes me now) was about the Chinese guy, as in -

Punctuation and capitalization - not for the faint of heart...

San Francisco in May

That's where I'll be, at least from the 4th to 12th, give or take.  And, thinking ahead pleasantly to the week I will spend in that city where I lived for eighteen years, I'm having an afternoon cocktail and listening to the Tigers and Mariners here in Seattle (prior to heading over to the Little Red Hen to finish the game with a couple of Mariner fan pals).  And how did I prepare said cocktail? Well, with Junipero Gin, distilled by Anchor Steam; I'm drinking it out of a John's Grill martini glass and the glass itself is set down on a John's Grill cocktail napkin; the drink was stirred in a House of Prime Rib shaker, by a Top of the Mark stirrer.  Yes, the Detroit hat doesn't quite fit the SF theme but, as the kids are saying, it just works for me.

The drink ain't bad, either. 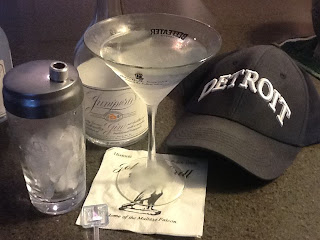 You discontinued the Bengan Bartha? Tasty and low-sodium (the only true low-sodium Indian entree you had), for those of us minding our blood pressure? It's bad enough there were no chocolate Cat Cookies the last time I was in the University District store in Seattle; or that time (no, twice in a row) the jasmine rice was "on order".  But at least I knew they were coming back.

And people wonder why I drink gin.

Pretty much as good as it gets.

Tecumsah Valley and Pancho and Lefty... 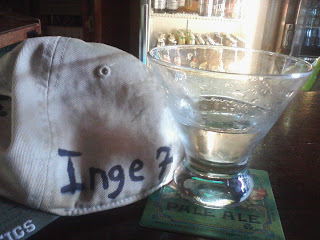 Around these parts we are huge fans of Mr. Shaver's work - the songwriting, of course, but also his singing.  Heard this one for the first time today and felt it was worth sharing...

SF MOMA to Close for 30 Months

Yes, that's right.  Did any of you Bay Area folks know about this? Beginning in June, until sometime in "early 2016", SF MOMA will close its doors to accommodate a construction project which will double the museum's square footage, mostly to house the some 11,000 pieces that came in from the late Donald Fisher of the Gap (which is a great acquisition, of course).  Originally this was to be a stand alone addition, but the architects convinced the museum that, in order to create a "seamless" viewing experience, they would simply add on to the existing structure, thus necessitating a two and a half year closure.  Somehow that does not quite fit the definition of "seamless" viewing experience that springs to my mind.

Now, apparently, MOMA plans to have a "presence" throughout the City during the closure - special shows are already scheduled for Chrissy Field and the Jewish Museum.  But still.  Danielle and I were longtime members of MOMA, and if I still lived in San Francisco I'd be furious about this (I'm grumpy enough about it in Seattle).  Me? I don't have much of a problem when I visit a museum to simply exit one building and walk a short distance to another if that's where the art is.  By God, maybe a chance for some outdoor pieces on a pathway connecting the two buildings, what do I know? Anyway, point being, get to MOMA and look at that giant Rothko or whatever Johns or Rauschenberg is on display before the joint closes in the middle of June for thirty months.  I plan to stop by during my early May San Francisco visit... 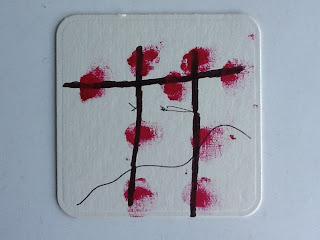 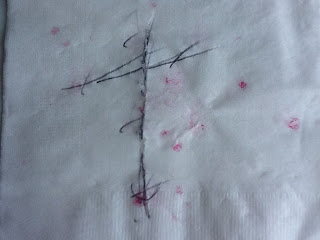 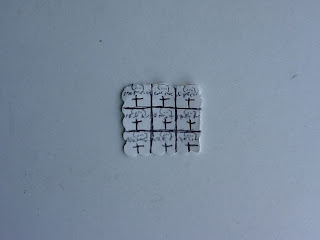 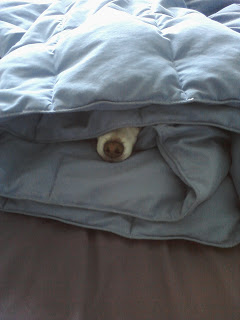 Billy Bragg Live at the Neptune in Seattle This Evening

And, yes, Danielle and I will be in attendance.

Here's a little something from Mermaid Avenue, lyrics by Woody Guthrie -

Way Over Yonder in the Minor Key...