The first I heard of Amanda Palmer was last night, after Danielle found a note about her in a local paper (she is doing a show in Seattle tomorrow night).  We went to her website and watched this video.  I was impressed, I have to say.

Today she was on my mind, and a quick Wikipedia search alerted me to the fact she was part of Dresden Dolls (the name was familiar to me but I'm unfamiliar with their music as far as I know (I will likely remedy this state of affairs)).  She is 36, so she's been doing this for awhile.  This is what happens when you spend the majority of your time listening to the Outlaw Country station on Satellite Radio; perhaps if I spent a little more time over at the Underground Garage...?

In any event, I re-watched the video this morning and, in truth, I find the whole thing pretty fantastic.  It is not impossible Ms. Palmer is a familiar name to everybody but me, so apologies in advance if you are already in the loop.  Also, it is not impossible that some of the images here may not be your cup of tea...

And, with that, The Killing Type by Amanda Palmer...

With My Contributions Removed 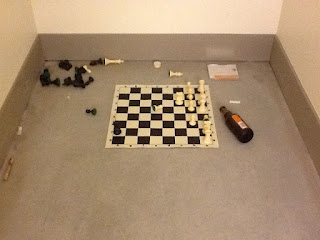 It Pick Me Up and Knock Me Down

I believe they refer to this as "closure".  Hand of fate? Hard to say.  I can tell you it was not my hand that wrought such devastation. 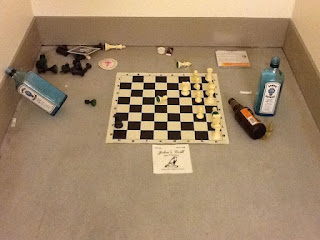 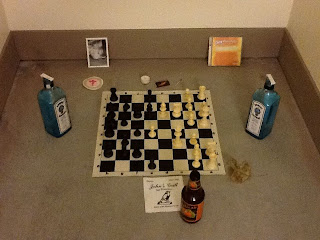 Stasis Under the Stairs

No change in our tableaux this Tuesday morning. 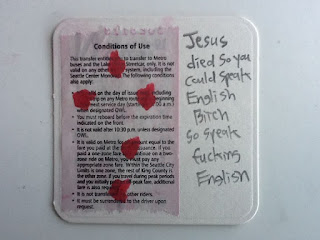 Tableaux Under the Stairs

A brief update on our progress downstairs (please look back over the last couple of posts if you don't know what I'm on about)...

As you can see from the photo, my unknown opponent has not moved the white king out of check.  Speculation: he or she went away for the weekend.  However, somebody has graciously placed a stick of gum on each of the two Sapphire bottles in the foreground.  I believe this to be a third party, otherwise why not move the white king? I added a baby picture (oh yes, it's me) in the back on the left and Le Voila! 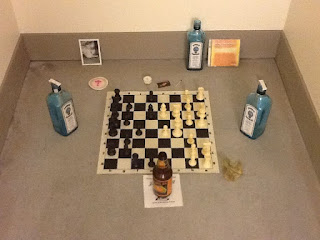 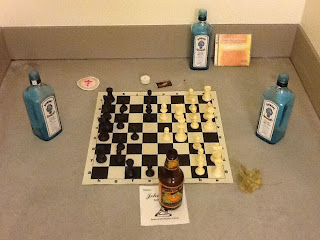 So three Saturdays ago, September 1st, I'd had a couple of Martinis at home and finished up a fifth of Bombay Sapphire.  It was getting late, time for bed, but first I had to take the dogs downstairs for their evening constitutional.  I leashed them up and grabbed the empty bottle for the recycling at the end of the hall but then, for some reason, I decided to take it down the stairs with me instead and, in an alcove beneath and along side the stairs (maybe five by ten feet, I'm guessing), I stood it up in the corner out of sight of the exterior doorway.  Why did I do this? I have no idea.  But as this is an empty space crying out to be filled with something (or so I earnestly believe), I'd often thought about what could be done there - an art installation, perhaps, or maybe Waiting for Godot.  Which, in truth, seemed fairly unlikely (common space - lots of foot and paw traffic to and from Green Lake Way just to the right of this wall), but it crossed my mind nonetheless.  The next morning, Sunday the 2nd, I took the dogs downstairs and, again, for no reason, really, snapped a picture of the empty bottle. 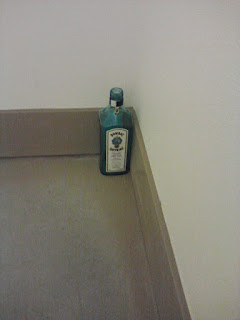 So, then, two weeks go by, it's another Saturday night, and the evening produces yet another empty Sapphire bottle.  And, of course, why wouldn't I hustle this bottle downstairs to stand guard beside the other one? I mean anybody would do that, right? I snapped a picture of the two of them but didn't like the way it came out, didn't save it and, then, for the most part, I forgot about my Sapphire bottles.

Now it's maybe Monday or Tuesday of this week, and I happen to look at the bottles on my way out the door, and think, just maybe, something is different.  I thought I'd stood them next to each other, but now they were one in front of the other.  My imagination, I figure; likely I simply forgot my last arrangement.  But I decided to run a little experiment, and I moved one bottle so that the two were coming out of the wall at a diagonal.  I didn't bother to snap a picture because I didn't really think anything was up.

The next day I returned and the bottles had been turned around, labels facing the wall.  Still, it didn't occur to me to begin snapping pictures; instead, I laid the bottles on their side, one on top of the other and, when I returned the next morning, found this - 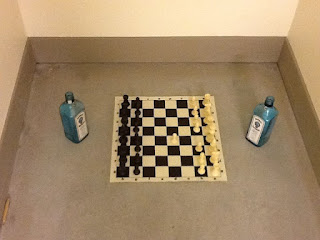 And, so, it finally occurred to me that perhaps I had to get the camera clicking sooner than later because somebody was putting forth a very nice effort and, as I said, this is a common space, and for all I know building management or maintenance or somebody would catch wind of this and put the kibosh on it (undoubtedly it's a safety hazard, am I right?).  So I moved a pawn, then added a circular coaster with one of my crosses - 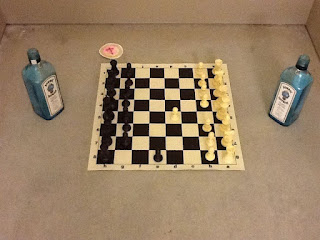 And, then, yesterday morning this - 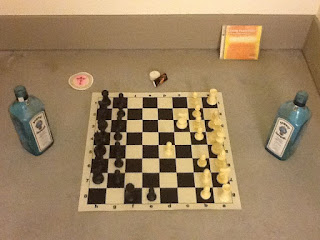 Though I should be specific - they added the candle and the motivational CD; I made my move and added the matchbook (Keens Steakhouse, NYC) before snapping a picture.

Finally, I went down late last night and discovered the bottle in the foreground (some type of pumpkin ale), so I added a John's Grill (San Francisco) cocktail napkin beneath it, a leaf alongside, and even lit the candle before taking my snap - 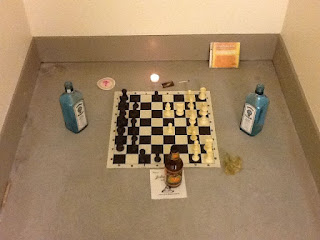 And that is where we stand now, Saturday afternoon.  I plan to continue the game, of course, and adding and/or subtracting items from the general tableau as we go.  But I have already decided this - I am not a very skilled chess player, so when it looks like the game is up (should this all last that long), I am simply going to remove their king from the board and leave some type of ransom note behind.

I will post photos daily as we move forward, you can be confident of that... 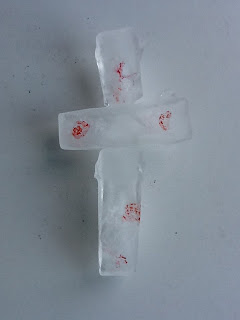 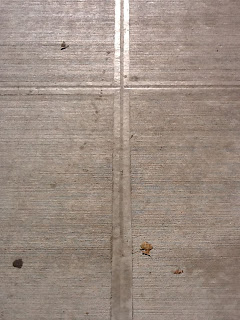 And speaking of Doug Sonderman, when my father was dying in St. Jude Hospital - so this would have been, let's say, late February into early March, 1987 - Doug's brother Denny was there, too, and in a coma after maybe falling out of a truck or something? I can't remember now exactly the circumstances, but it seems like it wasn't even what they might call a bad fall, but there he was hooked up to machines nonetheless.  Good times all the way around.

Anyway, on a couple of occasions, maybe more, I went to Denny's room and sat with him, and I talked to him because I'd heard that was something to do, the voices could be helpful, maybe keep a person going inside; he might even remember the conversations when he woke up.  I had an all access pass to ICU and could pretty much go where I wanted.  I didn't really know Denny, he was a year or two older and mostly a dick to me as kids, but what the fuck, right? Plus I adored their mother - Lola? - she was always lovely to me. And I liked Doug.

Anyway, my dad didn't come out of St. Jude and, though I was living in Santa Cruz at the time and may not have got the final word on Denny, the sense I got was he wasn't going to come back from that, either.  A Goddamn shame on both counts. 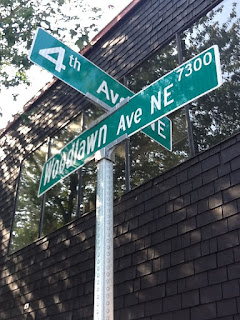 An original IBL photograph taken September 18th, 2012, in Seattle.
Posted by IBL:mm at 3:43 PM No comments: 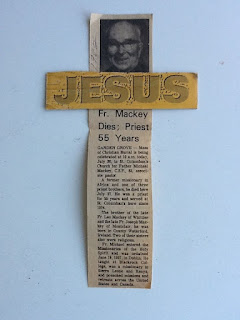 An original IBL photograph taken September 18th, 2012, in Seattle.
Posted by IBL:mm at 3:37 PM No comments:

Tomorrow night at the Neptune in Seattle.  We'll be aiming for the front row seats of the balcony which have amazing sight lines to the stage. The Gourds are opening; they were featured in these pages on 9/1/12 covering Snoop Dog's Gin and Juice...

Perhaps we'll see you there...

And here's one from Mr. McMurtry...

A brief word on the hand-torn paper collage work of Geoffrey Bankowski, but before I go any further, full disclosure - Geoff is one of my best friends.  That being said (and you'll have to take me at my word) I wouldn't be Joe Collage Pimp if I didn't think he was doing good work...

If you click on the link further down the page you will find snaps of Geoff's work on his website.  We own, I believe, seven of his collages (work from Series I, II and III).  The first one he gave us as a gift, and it hangs directly inside the front door of our apartment... 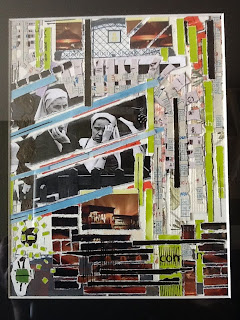 Here is a snap from our living room where three hang together to give you an idea of what they might look like on the wall (sunny day in Seattle!). 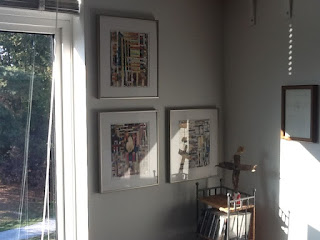 So take a peek, see what you think, and give a shout out to Geoff if you are interested in his work.  For one of them artist types, he's very approachable...

A link to the website for Geoffrey Bankowski's Hand-torn Paper Collage... 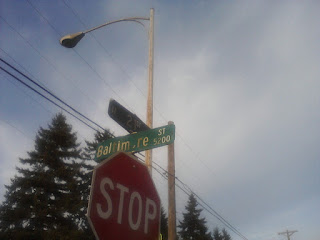 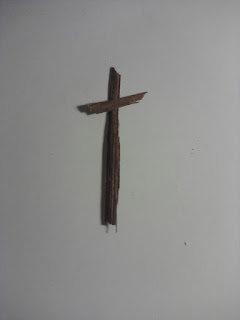 An original IBL photograph taken September 13th, 2012, in Seattle.
Posted by IBL:mm at 9:23 PM No comments: 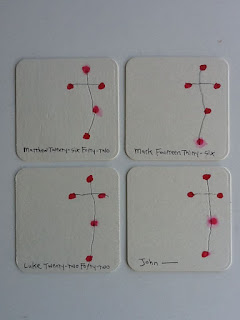 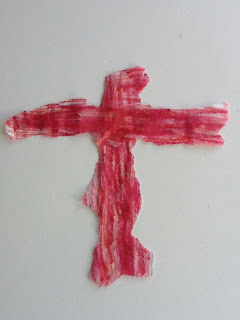 "The Wood of the One True Cross" 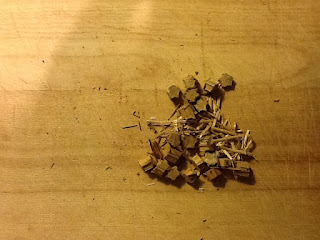 An original IBL photograph taken September 9th, 2012, in Seattle.
Posted by IBL:mm at 11:03 AM No comments:

"The One True Cross" 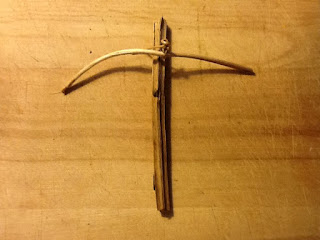 An original IBL photograph taken September 9th, 2012, in Seattle.
Posted by IBL:mm at 11:00 AM No comments:

A Photo of Fenway Park in the Rain... 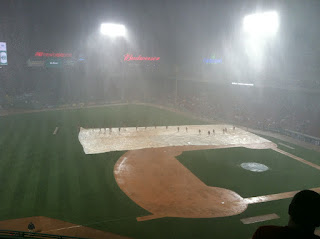 Another of our musical change-ups: 85 year old Ralph Stanley covering the Velvet Underground.  This time, I will NOT assume you know the original.

Other than the fact this makes me very happy, I have nothing more to say... 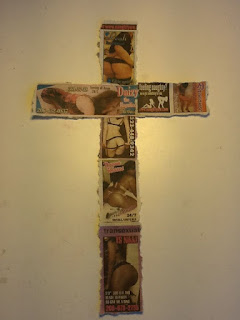 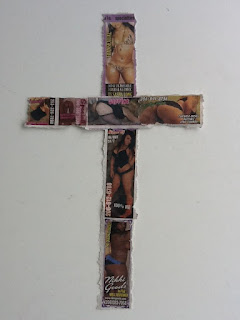 "Your Arms Too Short to Box With God" 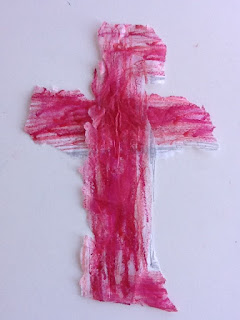 "Gin and Juice", The Gourds

Here at IBL Central we enjoy a cover version of a song that puts a new spin on the original.  Previously in these pages we have presented several of these change-ups, including Buddy Miller's take on Roger Miller's hit Dang Me (9/2/2011), White Stripes covering Dolly Parton (Jolene, 12/10/2011), Oak Ridge Boys covering White Stripes (Seven Nation Army, 1/14/2012), and, just yesterday, Warren Zevon's version of Raspberry Beret.

And, so, I give you The Gourds covering Snoop Dog's Gin and Juice, and I will make the leap of faith that you are familiar with the original.  I will also acknowledge that, you know, this song could be a little problematic; please feel free to discuss that if you care to...

In any event, looking forward to seeing The Gourds open for James McMurtry on the 18th at the Neptune here in Seattle...

Live Music in Seattle in September 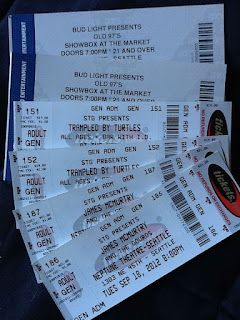 On Tuesday the 4th we are seeing the Old 97s at Showbox Market downtown; lead singer Rhett Miller will do his own solo opening set to kick things off.  On Saturday the 8th we are at the Neptune in the U District to see Trampled By Turtles.  On Tuesday the 18th, the wonderful James McMurtry will also be at the Neptune PLUS The Gourds will be opening for him which is a nice bonus.  Then, of course, it's a new month of live music at the Little Red Hen with all kinds of tasty treats there...

Anybody interested in joining us for any of the shows just let me know...