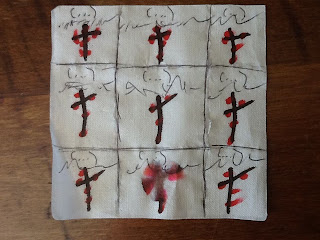 People get busy.  I started this entry last November and, now, it's nearly six months later.  But, anyway...

On election night I found myself on Capitol Hill in Seattle at a volunteer orientation for the Lifelong AIDS Alliance.  I had not planned to follow election coverage - after the orientation I intended to come home and watch a movie with Danielle.  But, as I was out anyway, I decided to take a peek inside Big Mario's (a pizza restaurant/bar I'd wanted to investigate) for a quick look at election results.  The place was packed with, for the most part, people much younger than I, and they seemed to be, in general, leaning in a Democratic direction.  I could not get a seat, but I ordered a cold Sapphire.  This was about 7:30pm Pacific Time.  As I was waiting for my drink, a friendly gentleman and his lady indicated they had room in their booth and I should join them.  This was Aaron and Kristin.  Shortly after that, another friend of theirs, Alex, joined us.

As the results came in and it became clear it was going to be a successful evening for the Democrats, our thoughts turned to R-74, the marriage equality initiative in Washington. We could see that marriage equality was going to win out in Maryland and Maine; that in Minnesota the voters had blocked anti-marriage equality language from being inserted into their constitution, so we were optimistic because, you know, IBL supports that shit, as do Aaron, Kristin and Alex.  At a certain point, though "all the votes were not in", the pundits called the initiative in favor of marriage equality, and the bar erupted with noise.  After a celebratory drink, we exchanged contact information and the three of them made their way home.

I wandered out onto Pike and discovered that the streets were jammed with hundreds and hundreds of people celebrating (could have been a thousand, but I'm bad at judging that) - celebrating Obama's victory, sure; but, from what I could tell, celebrating marriage equality even more.  Normally, I do not like crowds like this, but I have to admit I was pleased to be in the middle of it, as everyone was so Goddamn happy, and I couldn't spot a trace of unruliness.  I took but this one snap to document my presence - 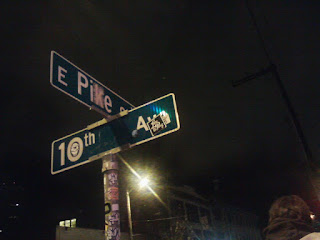 I got home late, but well worth it - the victory for Elizabeth Warren in Massachusetts; the defeat of Todd Akin in Missouri; the marriage equality initiatives; Carl Rove fulminating.

Plus I made three new friends. 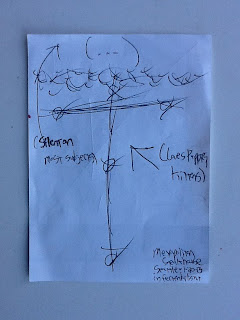 Rough draft of something I plan to do much larger.

A Brief Word on "Bieber Fever"


We have yet to catch it around these parts. 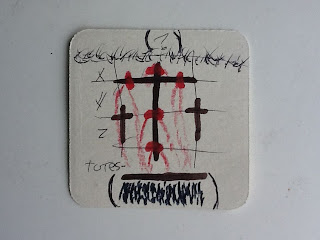 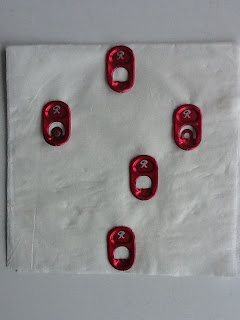 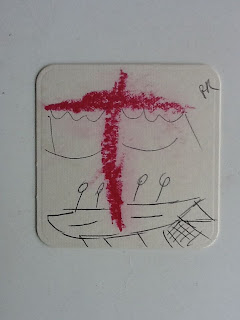 
(Take a wild guess as to which portion was IBL's handiwork.)

Not on the Same Page - My Mother and I

Danielle and I received a card in the mail today from my mother.  I couldn't for the life of me imagine what the card was for.  Late for St. Patrick's Day; early for our anniversary.  I racked my brain and, eventually, gave up and opened it.  You probably saw this coming, I did not - it was an Easter card.

To put that another way, my mother sent us an Easter card; I literally have no idea when Easter is.

My mother and I? Not on the same page... 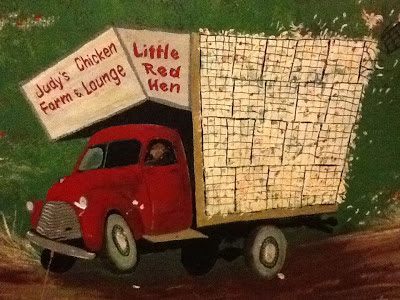 Shipwreck in the Little Red Hen 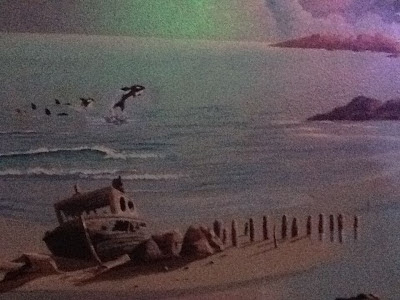 Another in an ongoing series we do around these parts - unexpected cover versions of songs.  Previously in these very pages we've listened to, for example, Oak Ridge Boys covering White Stripes, White Stripes covering Dolly, Ralph Stanley covering Velvet Underground.  You get the picture.  And, now, the fine young country singer Jamey Johnson covering Meatloaf.  Admittedly, I did not see that one coming...

Austin in the Little Red Hen 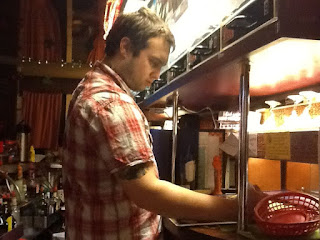 Buffalo in the Little Red Hen 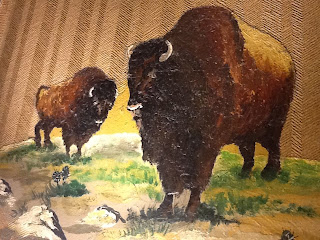 Prairie in the Little Red Hen

Horseshoe in the Little Red Hen 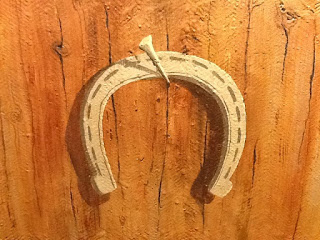 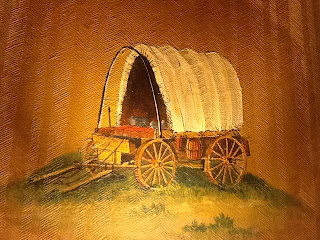 You Can Take the Boy Out of San Francisco But... 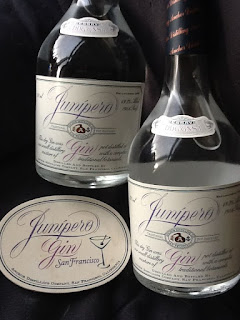 A pretty iconic image, and you may have seen it, but I believe it never hurts to see it again.  Waylon is 19 here, I think, and Buddy is about thirty days away from leaving us at 22.  Taken in a Times Square photo booth if I remember the story correctly...

On Our Living Room Wall 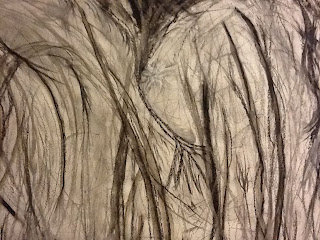 Something Danielle has been working on.  The entire piece is about 35 x 40 inches give or take; this photograph (which she also took) covers maybe a 15 x 20 inch section.

Art is percolating around these parts, don't think it isn't...

My Father Died 26 Years Ago Today 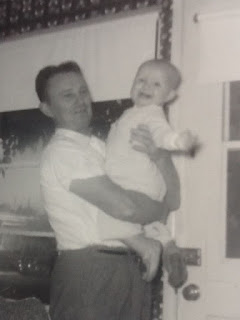 Here we are in November, 1964, 10808 Newgate Avenue, Whittier, California.  He was 57 then, I was just shy of a year.  And, yes - when people who didn't know us saw us together they all assumed he was my grandfather.  Can't really blame them, though I was always quick to correct.  To say that I miss him is easily in the top three of the most severe understatements I could make.  Really, top two.

"Sometimes We See What We Want To See" 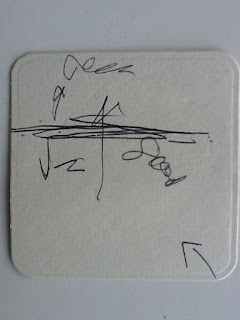 Or -
"Found Cross
With Arrow" 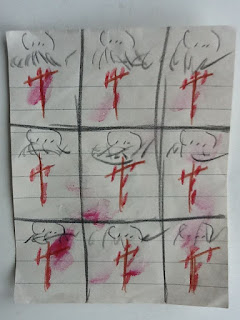 Mike Cooley Live at the Tractor Tavern in Seattle...

Thursday, February 21st, 2013.  A photo taken from our front row seats with the very humble camera in my phone... 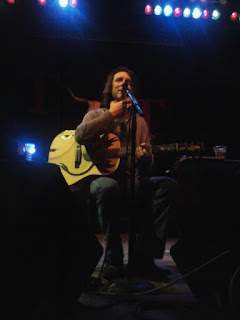 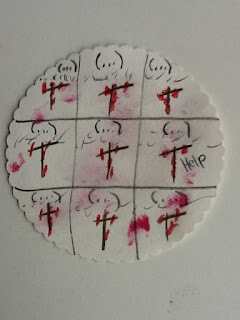 "I Am a Man of Constant Sorrow" 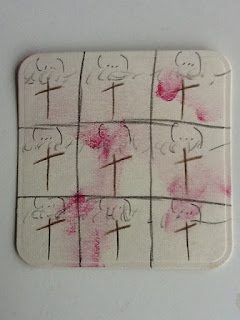 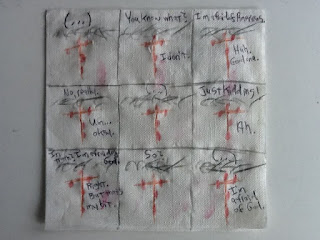