In Which I Send a Christmas Card to Michael Fox Around Easter Time, and He Makes Some Modifications and Returns It To Me

In March of this year I sent a Christmas card to my friend Michael Fox in Beacon, New York.  Let's call it "belated". 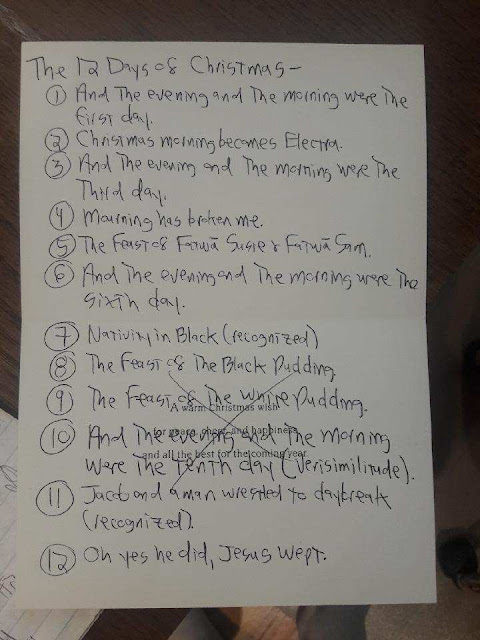 In April, Michael made some modifications to said card and returned it to me.  Just thought I would share that here. 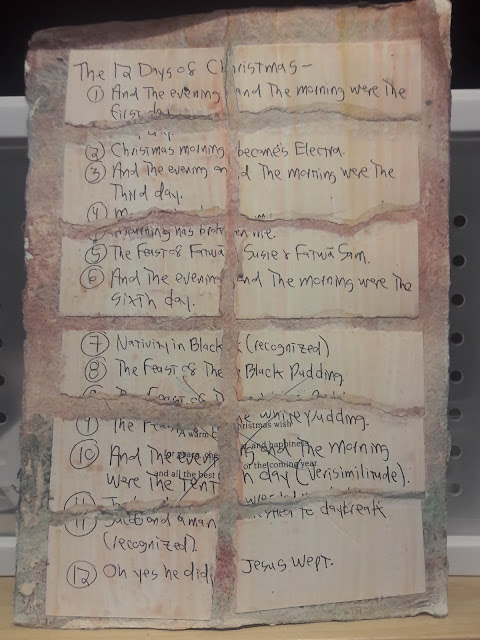 I worked at Pacific Gas and Electric Company in San Francisco for about 11 years, from the late 90s until 2007.  Our department had a fair amount of people, let’s say fifty (though I don’t remember the exact number), and there were two Caucasian men who were gay and out.  I will call them Dennis and Marshall.  There was also a Filipina woman who worked there, and for a time we shared an office, and I liked her very much.  She was nothing but kind and generous to me always.  I will call her Maria.  One day Dennis approached me and told me this brief story –

He was walking down the hall and bumped into Maria, and she greeted him and said, "Hello, Marshall." 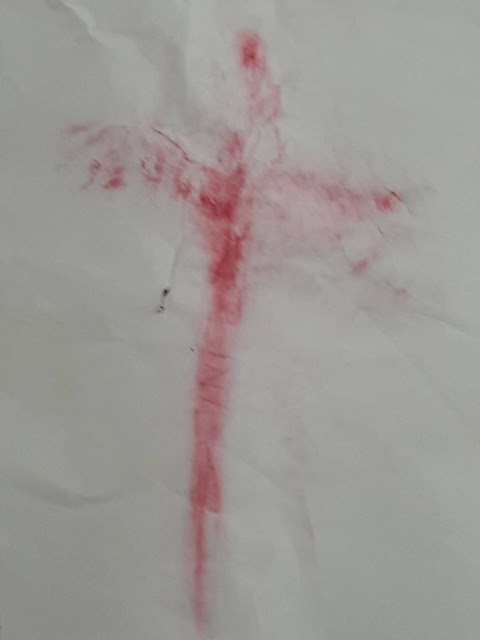 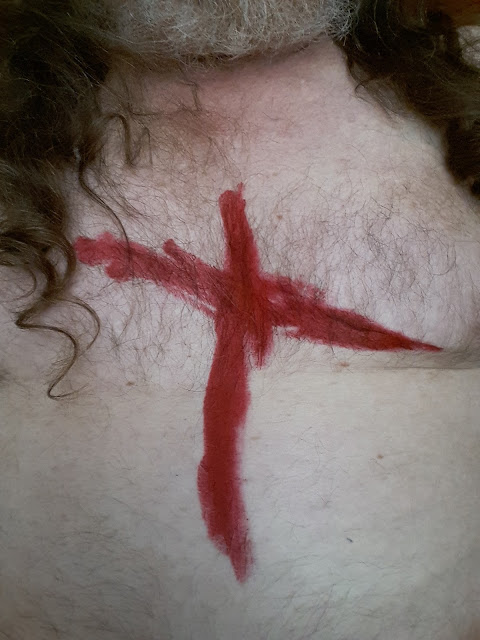 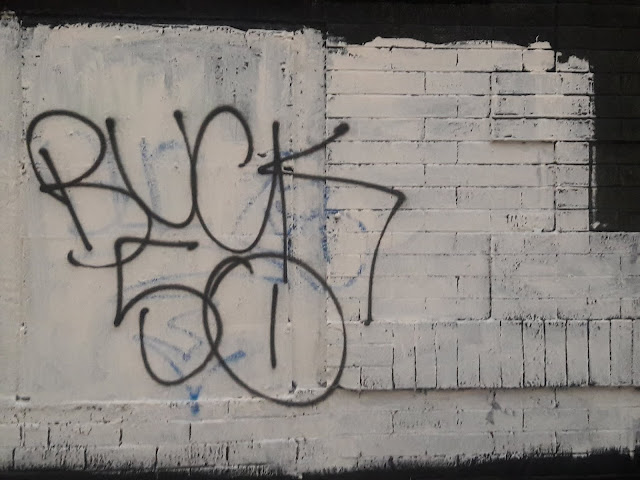 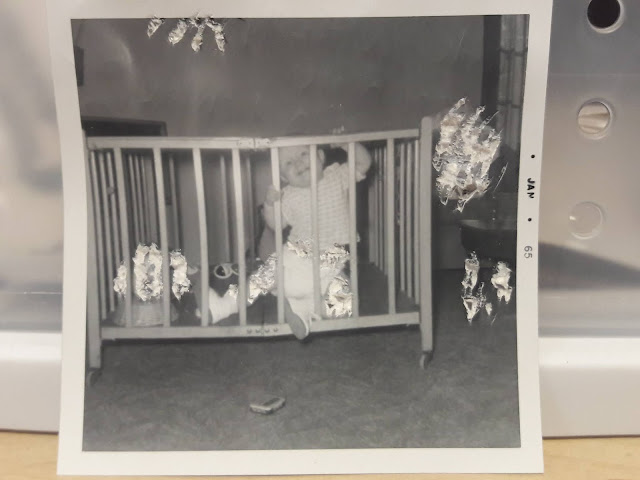 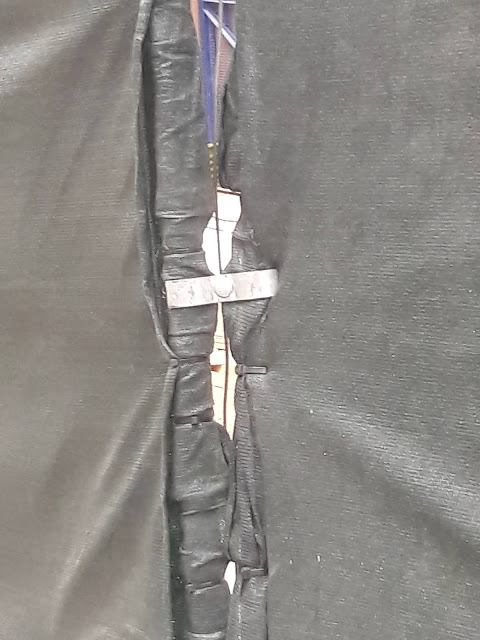 "Negated Baby on Porch with Twin" 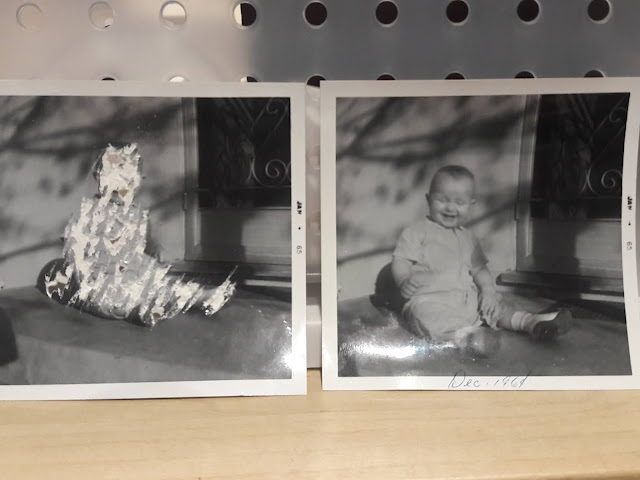 Two photographs, one with modifications, both 3.75 x 3.75 inches, and meant to be displayed next to each other.  Saturday, August 22nd, 2020, Cathedral Hill, San Francisco. 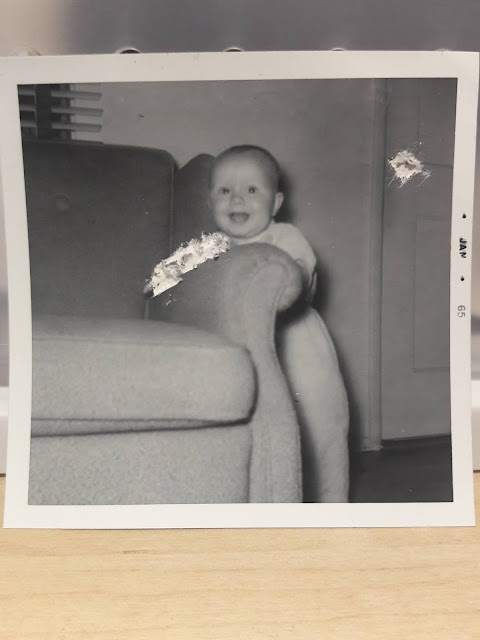 I bet if that was the name of the airport they would have changed it by now.

(John Wayne was a hero to some but he never meant shit to me.)

All Four Capucin Monks in One Place 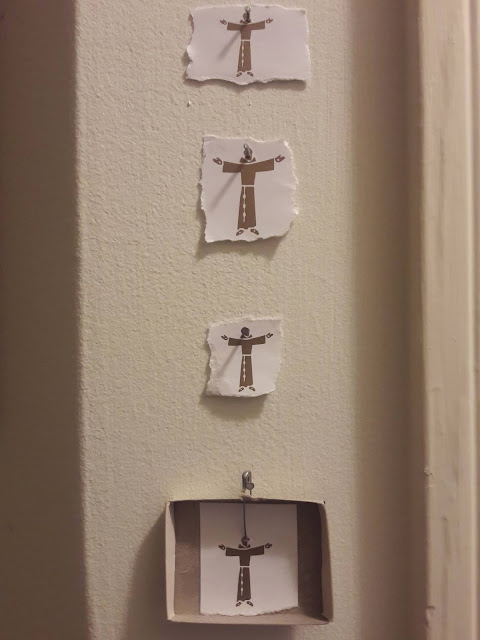 "Capucin Monk with Nail Through Head" 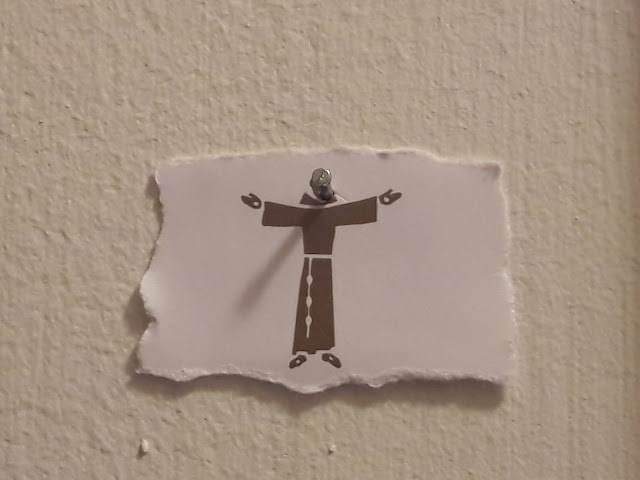 "The Visual Language of the Amtrak" 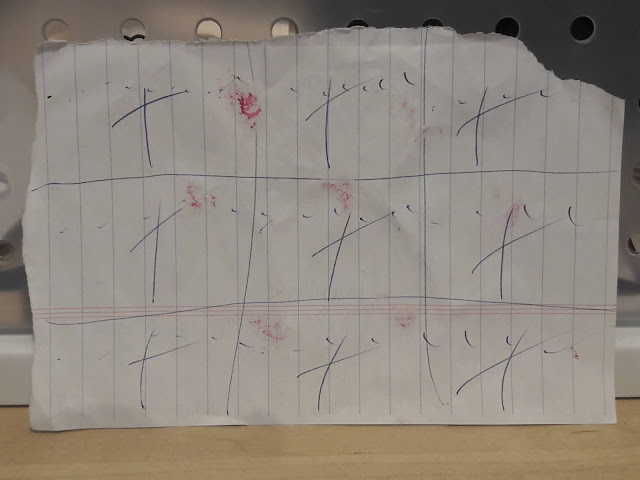 From awhile back.  As it happens to me sometimes, I carry things around thinking I might expand on them down the road.  And then, one day, I look at an item again for the millionth time and think, "No, that's actually it."  This one from nearly seven years ago when I was doing so many of these crosses.  Title by Danielle McArthur, pen and lipstick on torn paper, 4.5 x 6.5 inches, Thursday, November 21st, 2013, Little Red Hen, Green Lake.
IBL:mm
Posted by IBL:mm at 3:48 PM No comments: 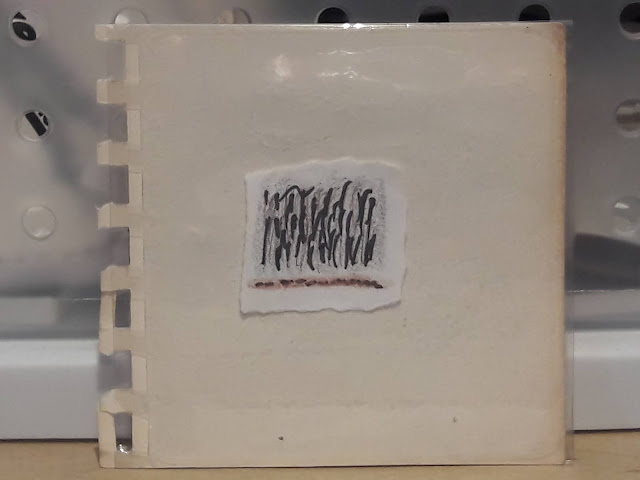 A fragment of recycled art from back in the Seattle days, I would think - pencil and felt pen and crayon on paper, then inserted into a torn photo album sleeve.  3.5 x 3.75 inches, Saturday, August 8th, 2020, Cathedral Hill, San Francisco.
IBL:mm
Posted by IBL:mm at 3:34 PM No comments: