This Morning on the Deck in Greenwood, Seattle 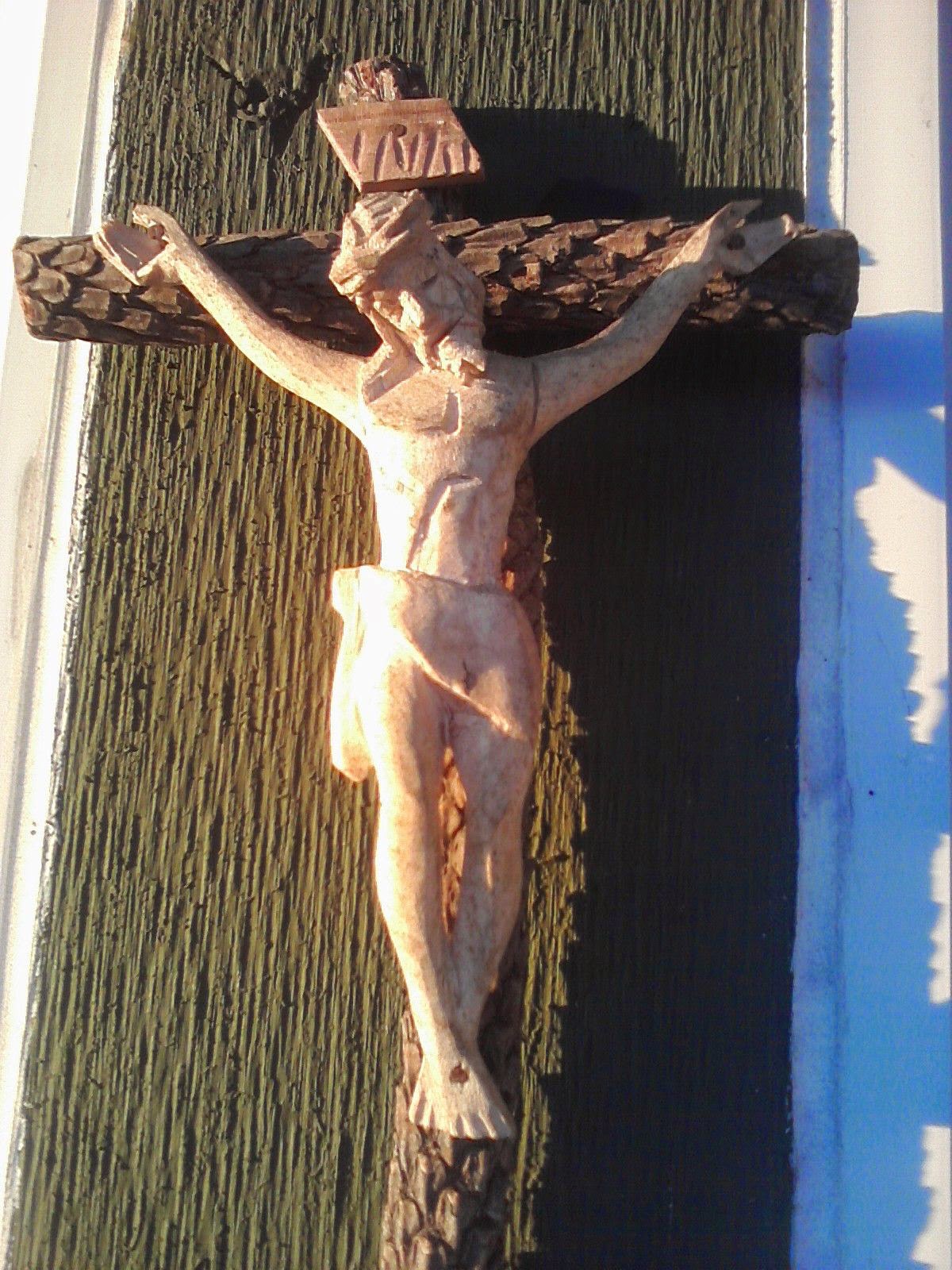 I Detest Frankie Valli and the Four Seasons

Possibly the only musical artist of whom I can honestly say this.  But because you visit infection by light mostly for the honesty, I thought you should know.  It just seemed important.

"I Am the Man Who Pans For Gold, But Without a Pan, and There Was Never Any Gold" 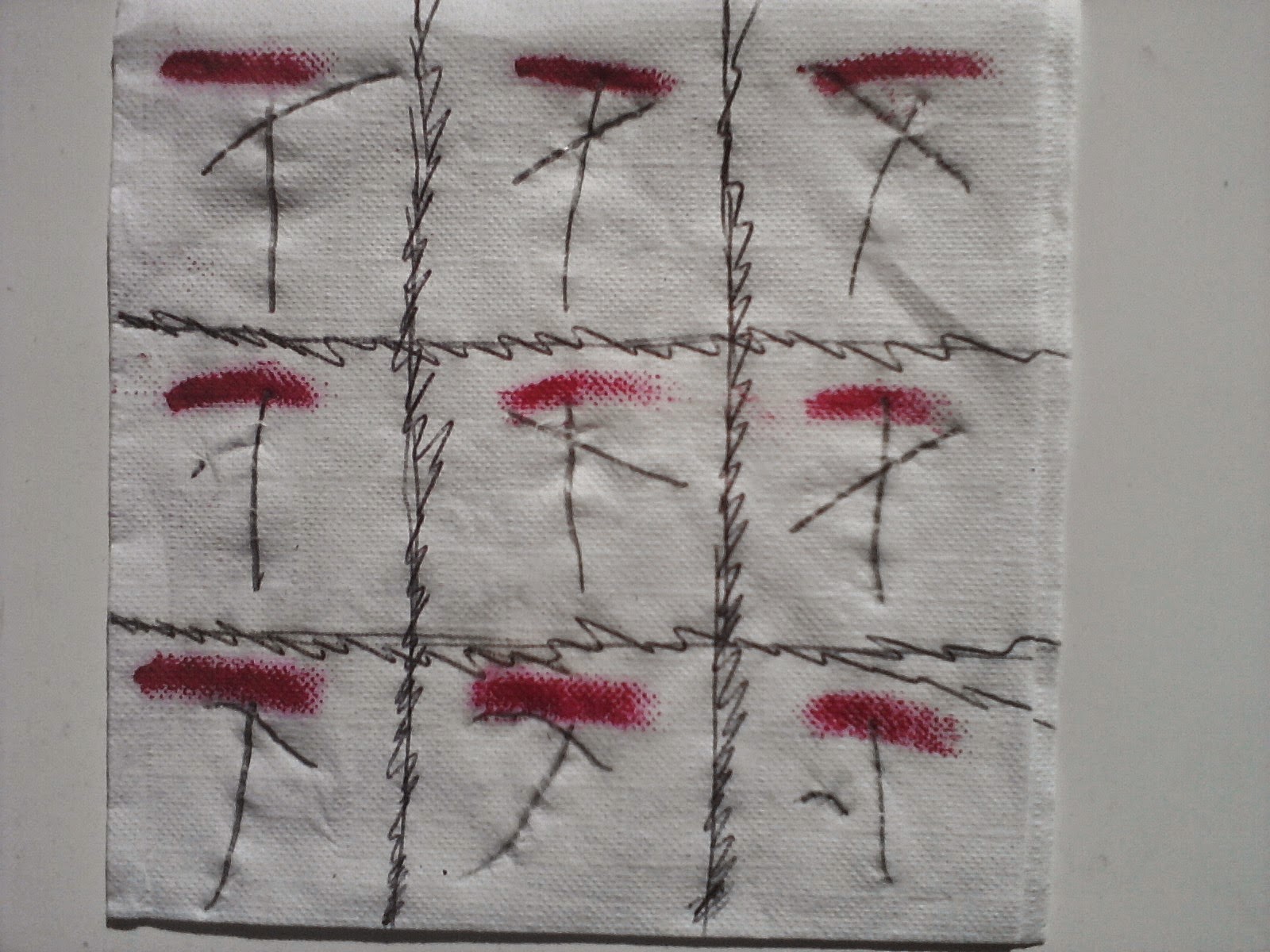 It is not impossible I have been drawing crosses for these several years only to arrive at this one. 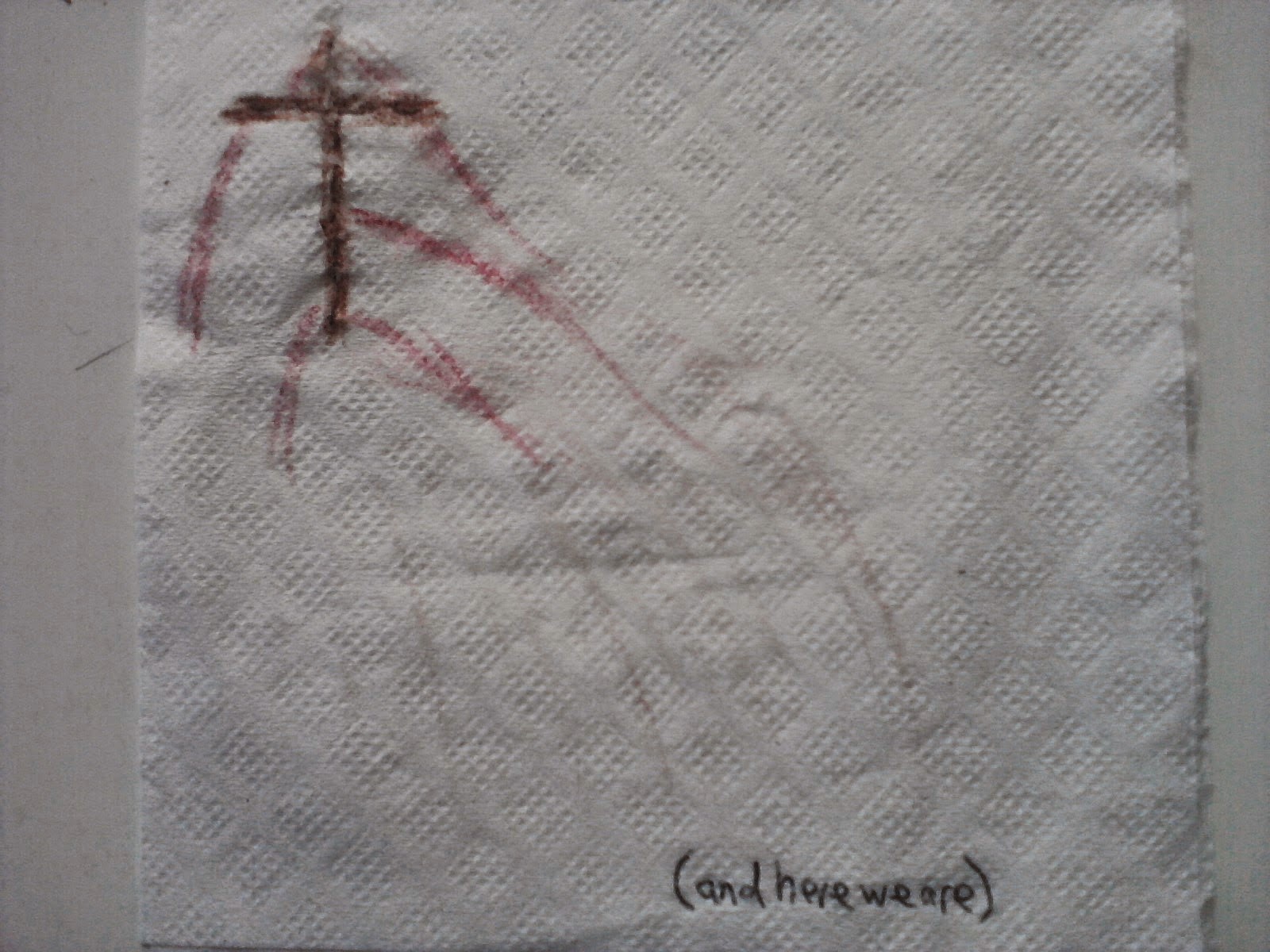 This had been sitting around for awhile and then the other day I looked at it for the millionth time and thought, you know, actually that one might be done.  Whatever that means.

"No No,Dear - This is the Dream, You're Still in the Cell" 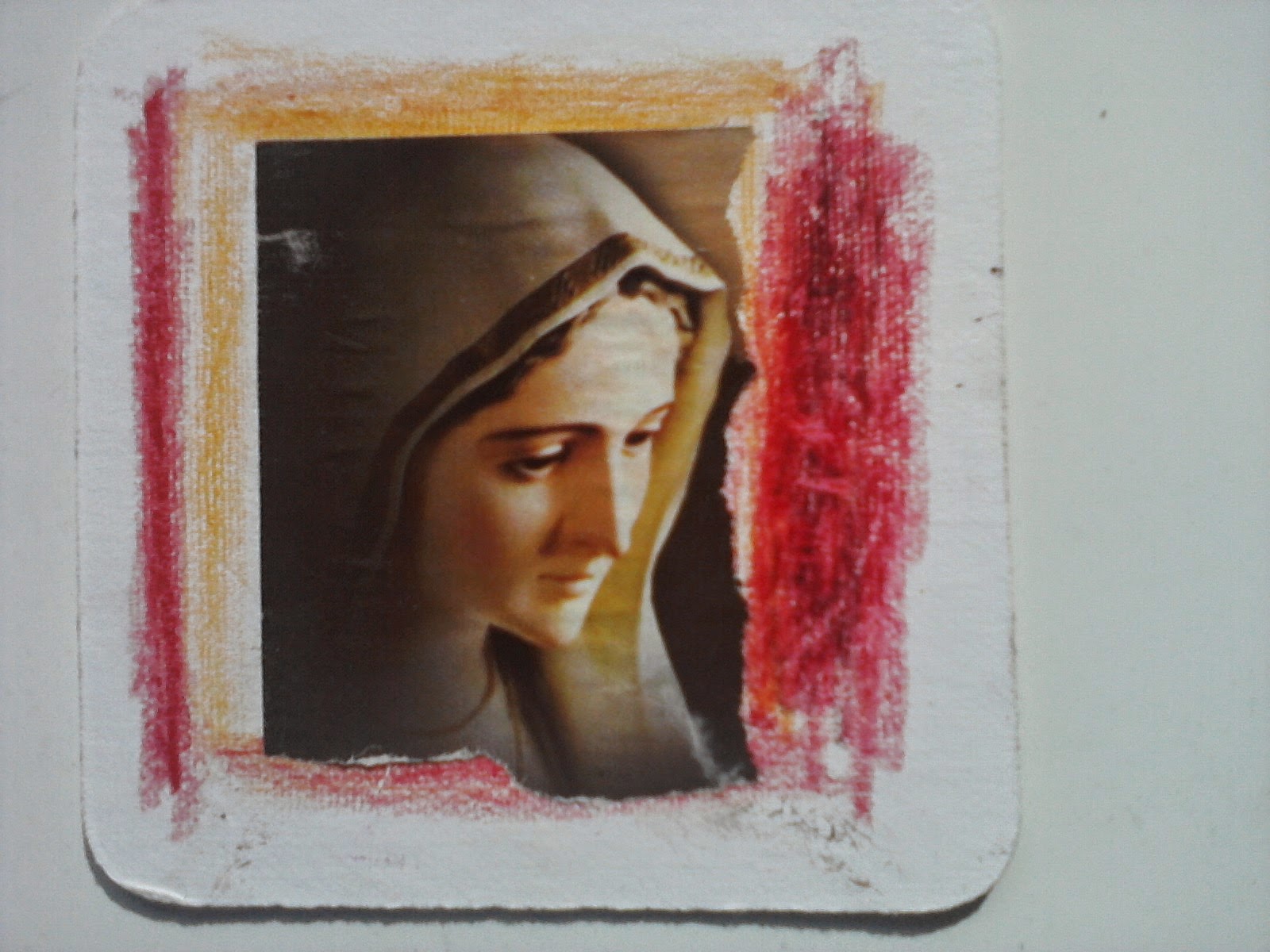 Crayon, white-out, glue and torn propaganda from my mother on coaster, 3.5 x 3.5 inches, completed 4/19/15, Ould Triangle, Greenwood, Seattle.  (Though the "frame" on the coaster was completed on 12/15/12 at the Little Red Hen, Green Lake, Seattle, and I'd been waiting for something appropriate to put inside.)

"And the Sky Was All Violets" 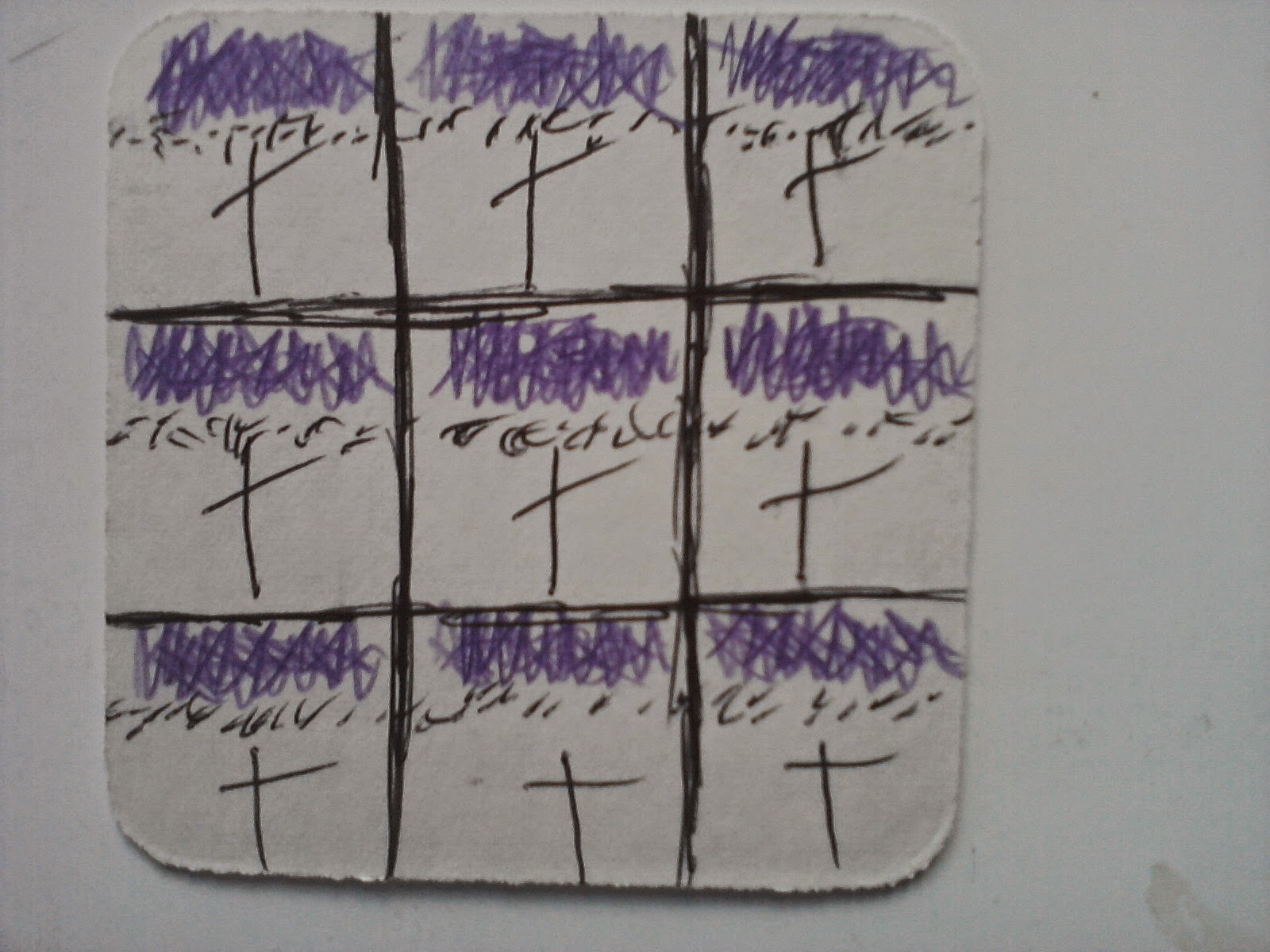 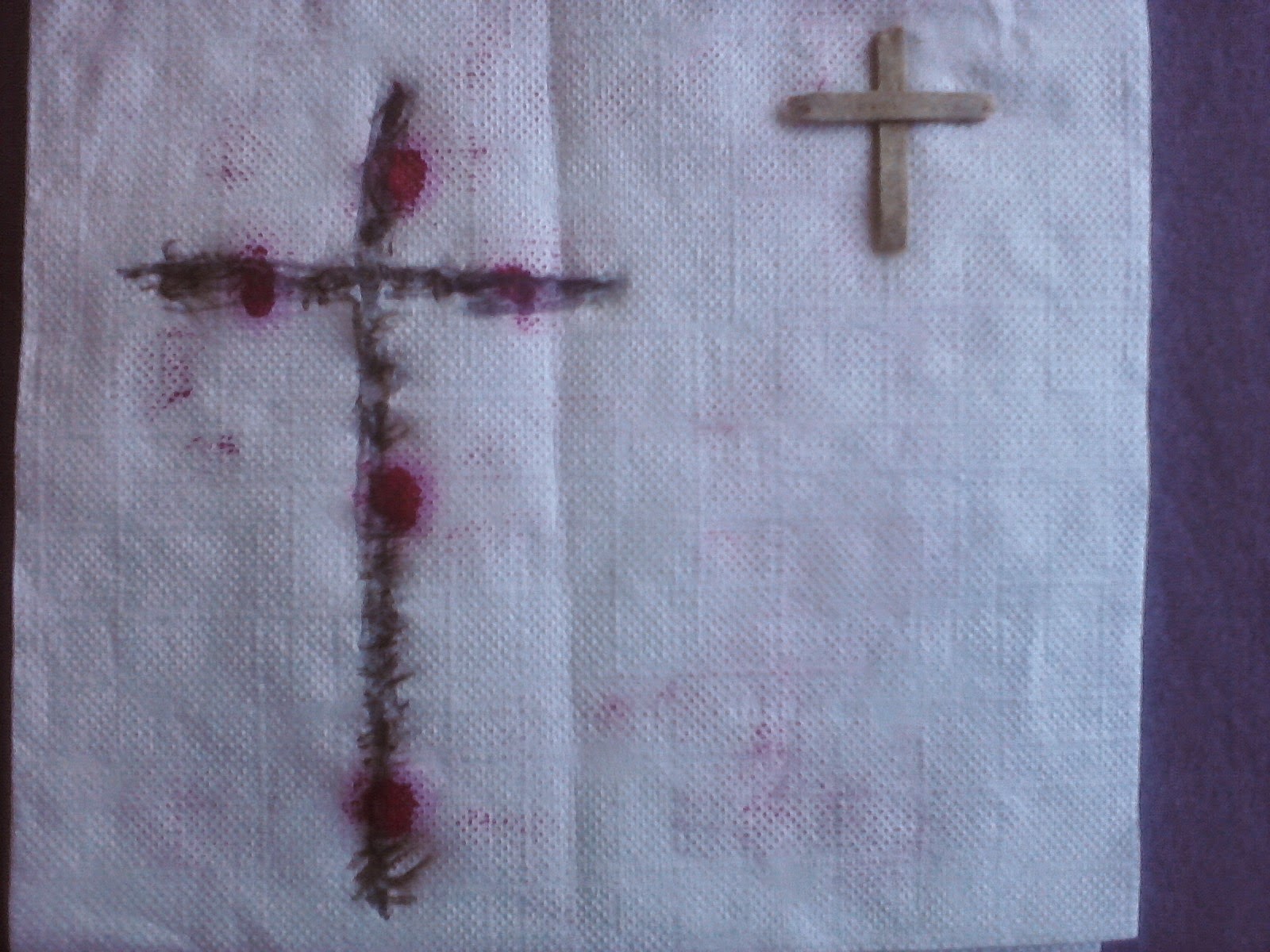 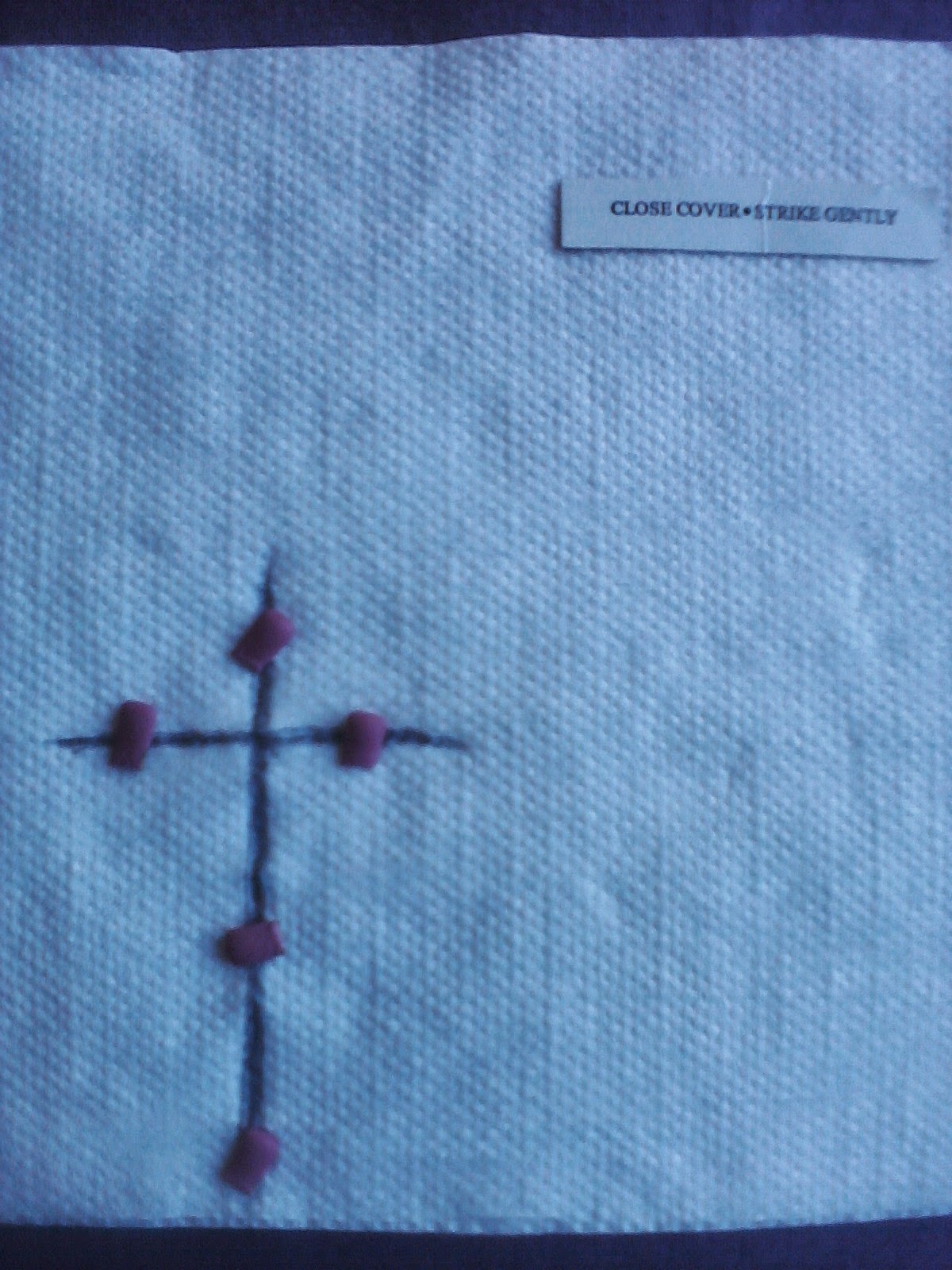 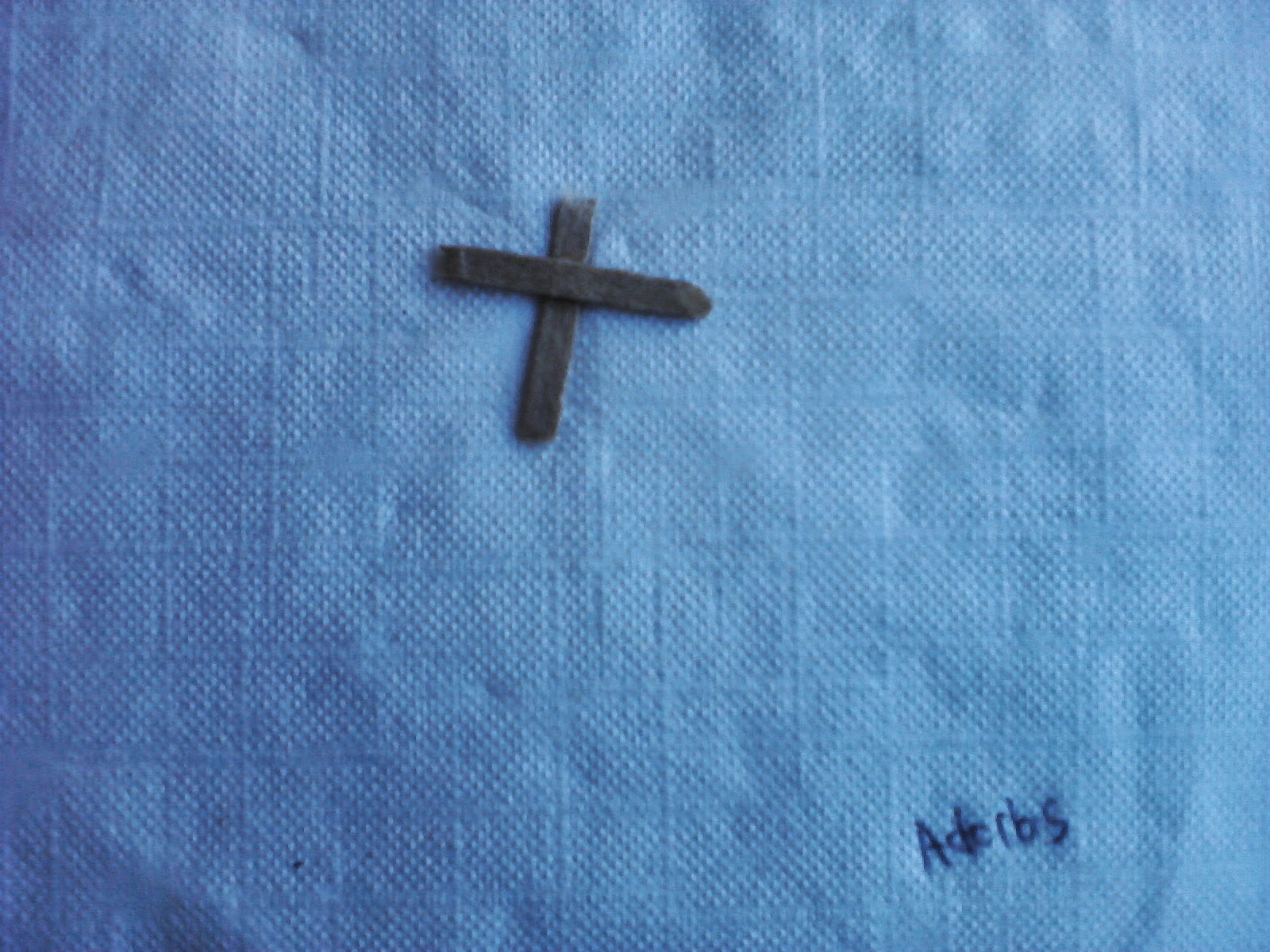 "And His Dad Just Happened To Be Wrong About Everything" 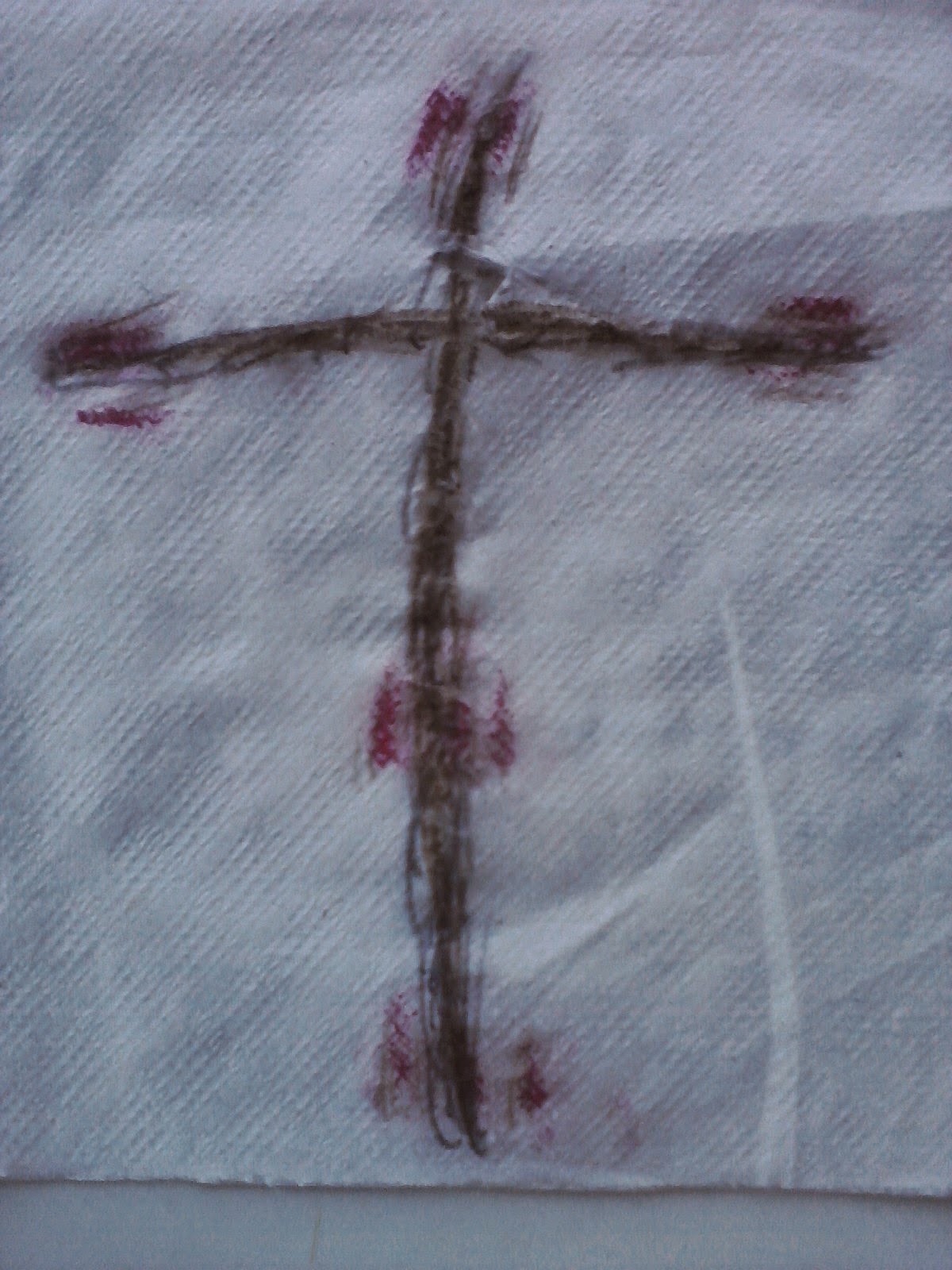 Soon to be residing in the home of Paul Romano of San Francisco, California (we hope). 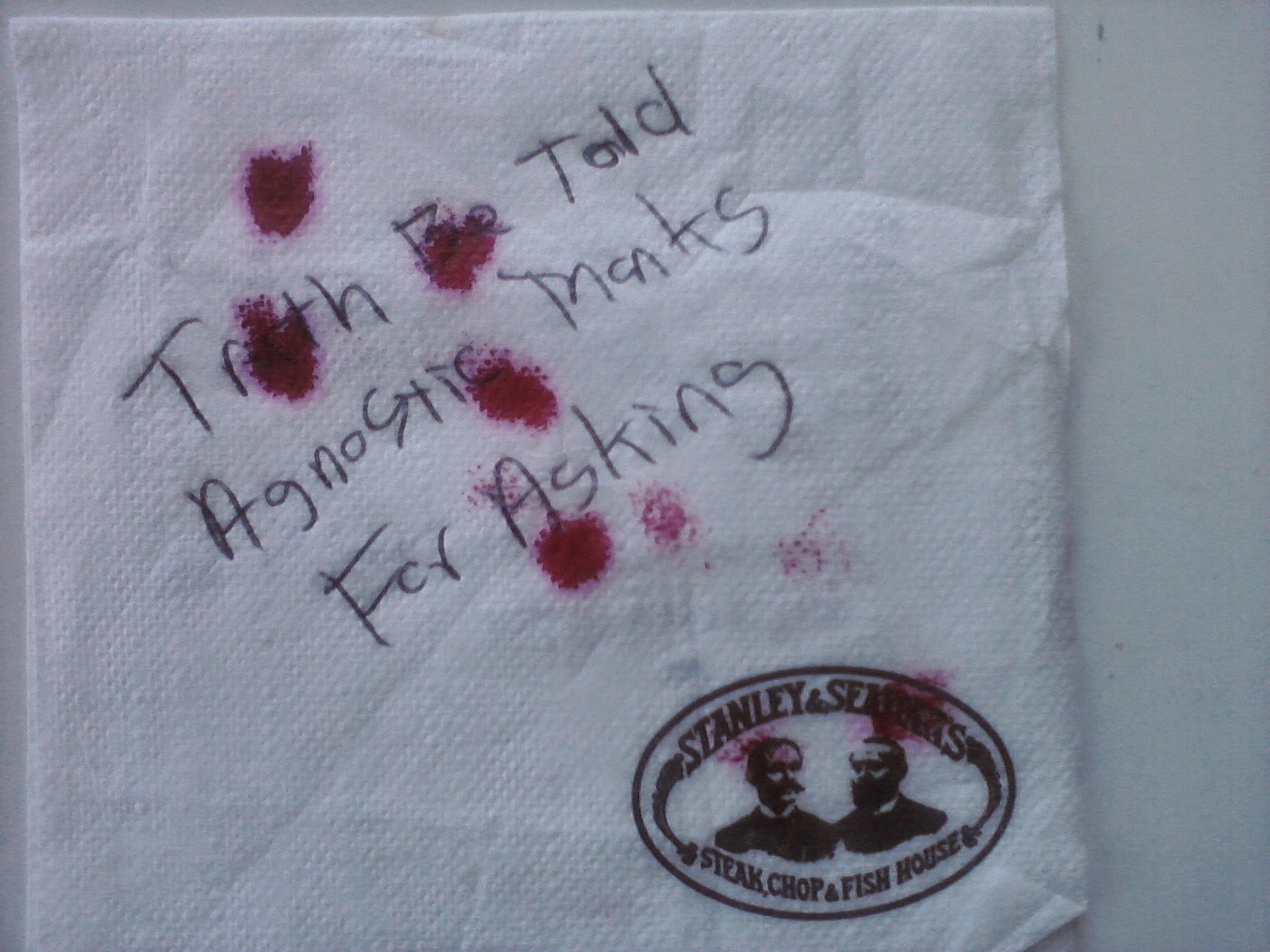 Soon to be residing in the home of Lynn Charles Riser of Tacoma, Washington (we hope). 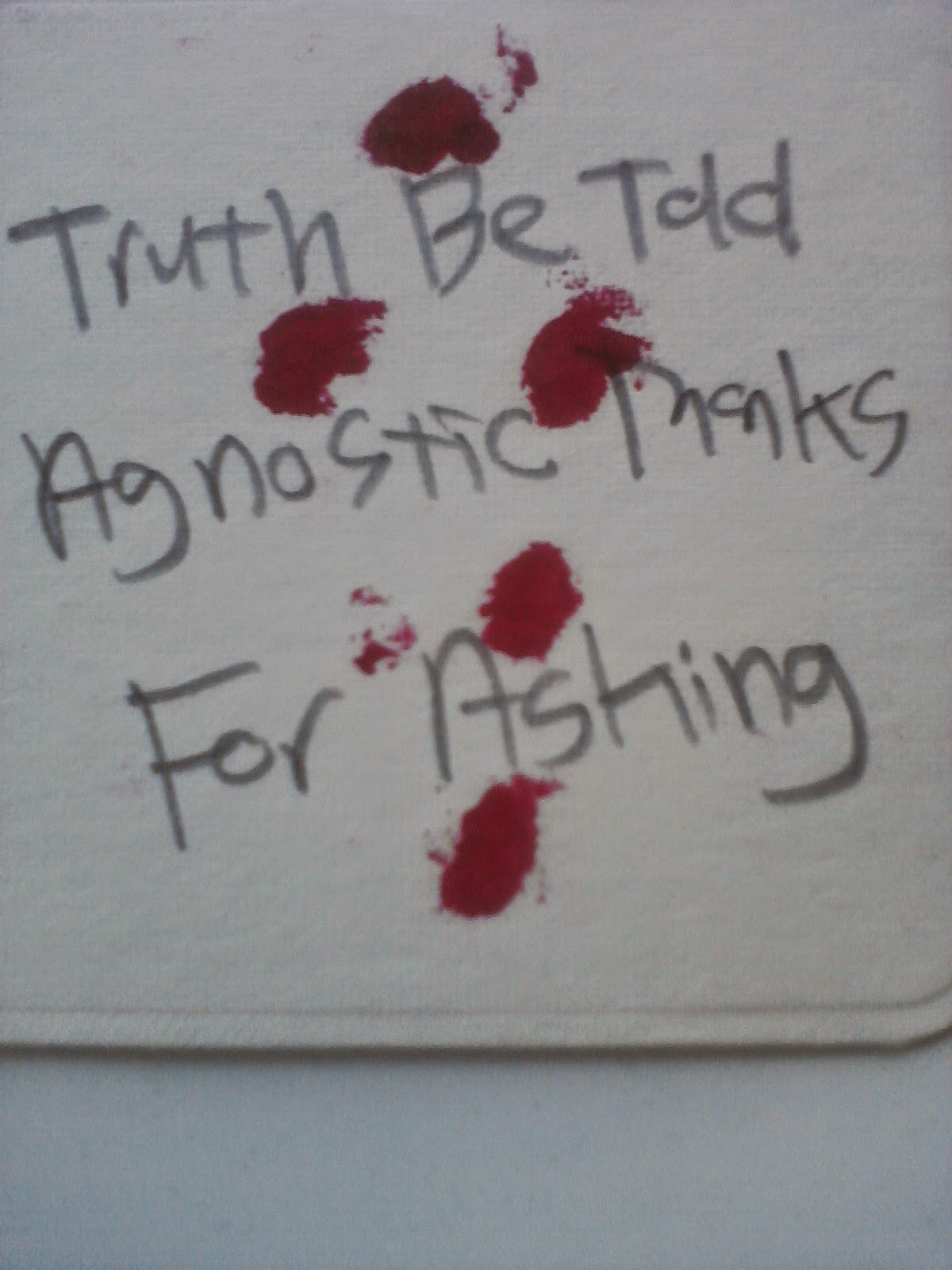 This could be YOURS if you want it.  All you have to do is ask.

And Again With the Editorializing in the Name of the Lord

Because there's a cross there, sure there is.  I know that because it took me about 8 snaps to get the right proportions on the damn thing.  The liberal church across the street from us in Greenwood, Seattle, is the setting.  Apparently at least this version of the Methodists understands the concept of that whole "Jesus' Love" thing. 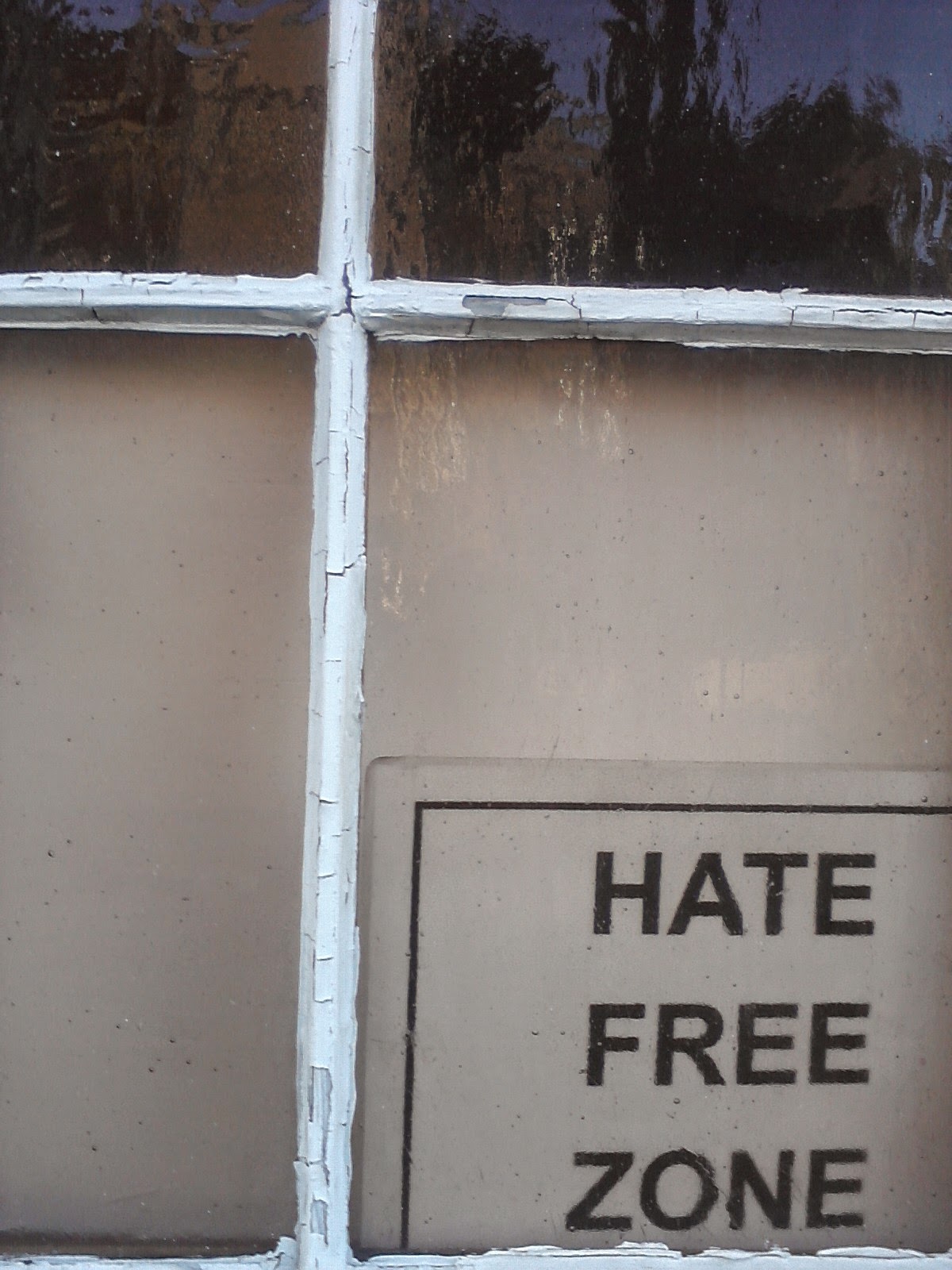 Since Everybody Else Likes to Speak for Jesus All the Time ...


... we here at infection by light thought we'd go ahead and get our two cents in - Everybody in, as you well know by now... 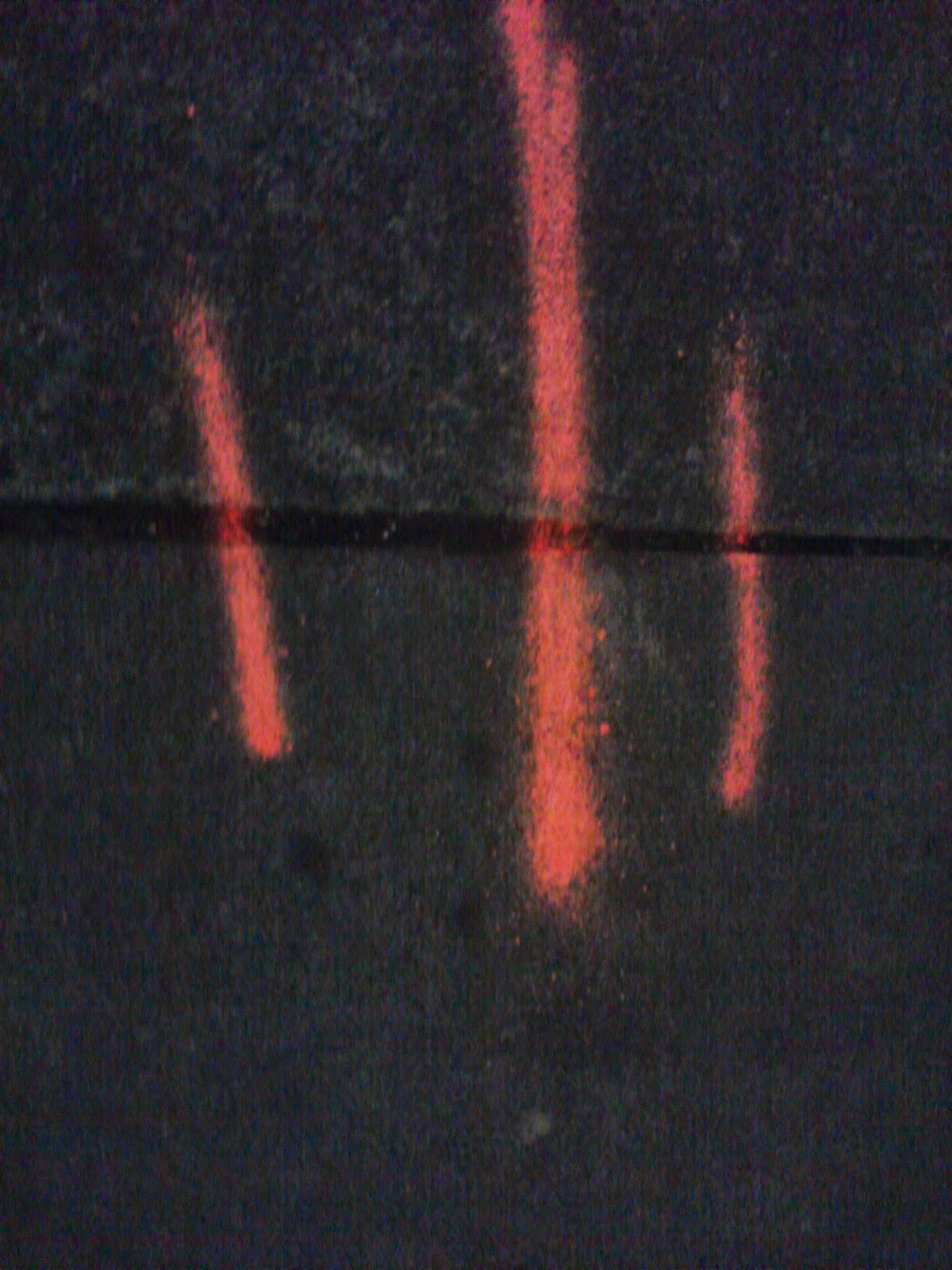 At the Ould Triangle, Greenwood, Seattle, about three Sunday afternoons ago, I was doing that shit that I do with napkins and crosses, and there was a fine country band playing, and, as I discovered later, a woman at the bar had been trying to get my attention for awhile (I was sitting at a table in the window).

When the music was over she stopped by and said (as previously indicated), "I was trying to get your attention."  I said something like, "Okay, great," because what was there to say? "What are you doing?" she asked.  I tried to explain it, as briefly as possible.  "Do you sell them?" she asked.  "Well wouldn't that be something," I said.  "Maybe some day."  Then she asked, "Can I have one?" (I'd done maybe 6 brand new ones at that point, new styles on an old theme.)  So I told her that none of them were really DONE, but I chose one that I liked the least (that is to say it was the one that was the least complete, the one that was most in the "that's not quite right but I'll figure it out at some point" stage) and I said, sure, why don't you have this one.  She was ecstatic (like the Holy Women became ecstatic after Christ's death and resurrection, especially in certain European paintings).  To be honest, it made me happy, too.  I took a quick snap in case I wanted to remake it, and you can see it below.

Tore the ends off five matches for the wounds and then simply taped them to the napkin.  Then took two of the leftover matchsticks and made a smaller cross which was glued in place.  It seemed clear to me what the title was immediately after placing the smaller cross. 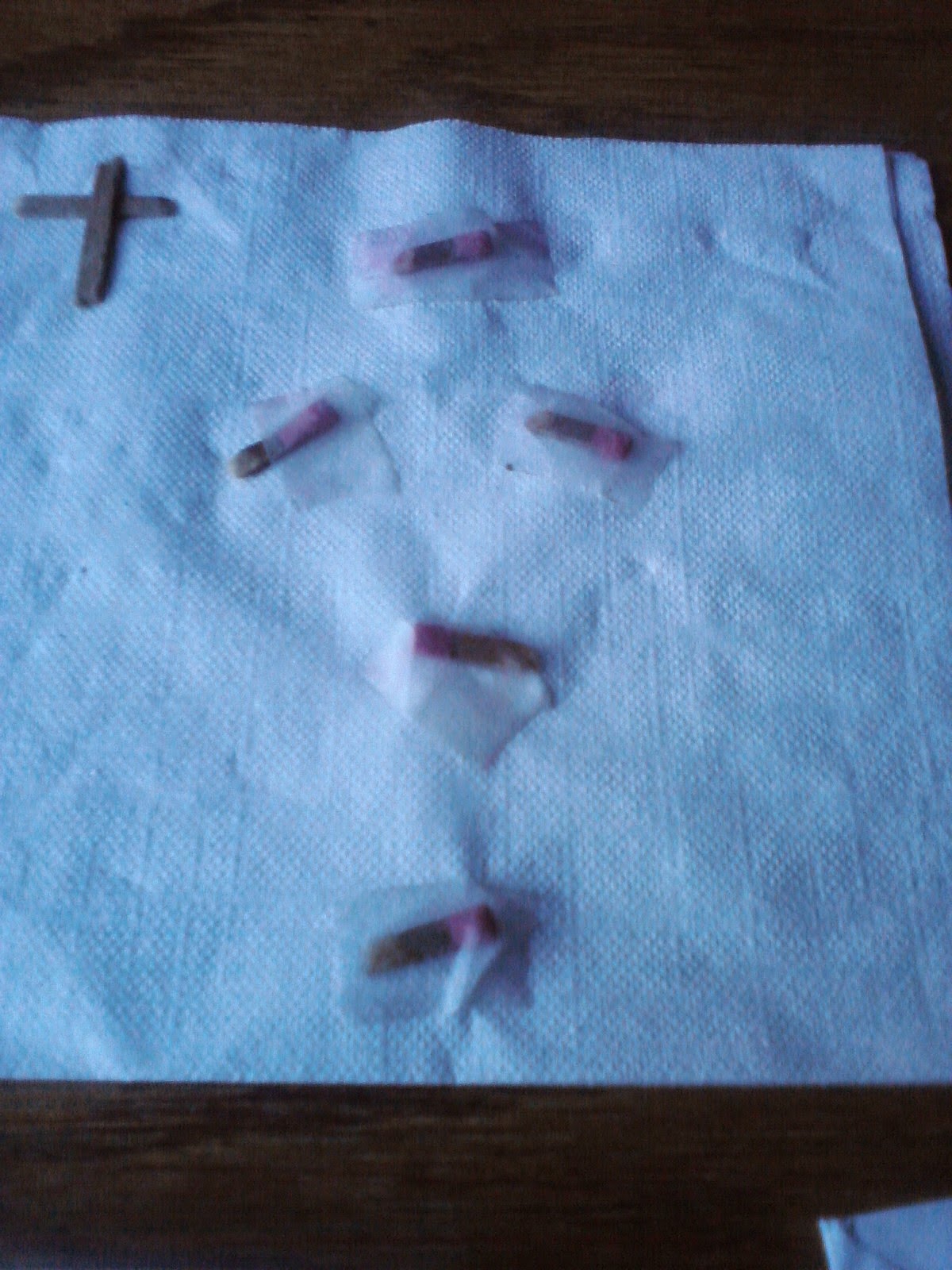