...from all his friends at Infection By Light. 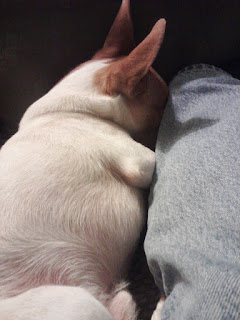 My Job Hunt Is Really Heating Up... 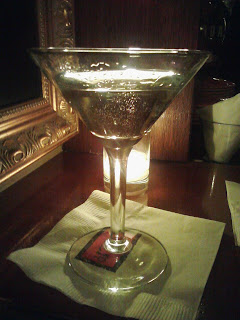 ...and today I was swamped with about a million things, and that's what the rest of the week looks like, too.  Let me throw some words out there - resume, cover letter, class, conference, networking, scheduling, eating.  You get the picture.  But one week ago tonight? Things were quite different as Danielle and I were staying at the Olympic in downtown Seattle and I was sitting at the end of the bar at Tulio.  Liked that better, I don't mind telling you. 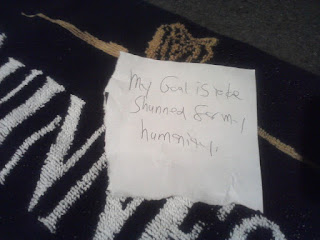 A Fine Photograph By Peeber...

... looking down the length of the shuffleboard table at the Hotsy Totsy in El Cerrito, California... 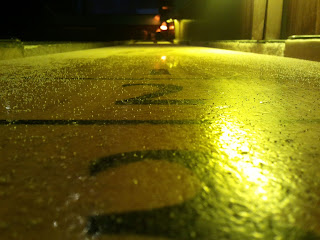 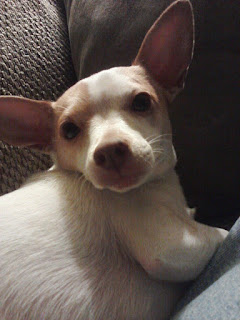 I don't really know much about this band except they turned up on my Old 97s Pandora station; and then I read their bio, brief as it was.  But if somebody were to say to me, you know, "Michael, you're headed out to the Little Red Hen to dance - how do you want that music to sound?" Well, I might just point them in this direction...

She Won't Be Lonely Long...

I do, yes, because I love her.  And it's a funny thing about words.  For example, the ones you speak aloud, whether they be interpreted good, bad or otherwise, whether they offend or gratify, they actually can't pass germs or diseases or whatever kind of nastiness you are implying via, let's say, a kiss.  They're just words.

I don't even speak to my mother.

Actually I don't, no.  My mother is dead.

Actually I don't, no.  I honestly just don't see her that often.

Letter to the President re: Drone Strikes

Below is a copy of a letter I sent last Monday to President Obama asking him to consider curtailing drone strikes in Pakistan.  I also sent copies to my Washington senators, Cantwell and Murray.  I do not really expect these letters to land on a desk of importance, let alone influence American policy, but that didn't seem like a good enough reason not to write them.  If everybody in America who thought that, you know, murdering innocent civilians in foreign countries just sounded like bad business; if everybody who thought that sent a letter to their president and their senators, well, who knows.  I certainly don't.  We do what we can.

Oh, and if anybody wants to use this as a template, or even word for word, be my guest.

I would like you to please consider ending the drone strikes in Pakistan.  According to an article published in The Telegraph in August of 2011, 168 children had been killed because of these strikes (not to mention hundreds more adult civilians).  There is no telling how many more have died since then.  In light of the recent tragedy in Connecticut, and the deaths of innocent American children, we have to look at the position of the United States as a world leader; your moving speech in the wake of these Connecticut murders could easily be applied to the innocents who are dying in this campaign in Pakistan.  Their parents and citizens grieve those deaths as we grieve these.  As humans, we are all in this together, and tears and prayers by Americans should not only be for Americans - we are supposed to be better than that, championing fairness and freedom around the world.

That is not to say the so-called war on terror is easy, of course it isn’t; you have difficult decisions to make on a daily basis to counter potential threats to America, decisions I will never have to face.  It is only to say that there must be a better way to go about this, a way that does not kill innocents.  I consider myself to be a good American - tolerant, fair, and a supporter of freedom around the globe.  I am first and foremost distressed that these civilians are being killed; also, though, I am distressed they are being killed by our American forces - which is to say they are being killed in my name, in your name, and in the name of all Americans.  We are better than that.  You are better than that.

You received my vote in both 2008 and 2012, and I wish you all the best in your 2nd term.  I wish all the best for America.  But my well-wishing does not stop at our borders; as much as possible, I want the best for the rest of the world, too.

With humility and respect, 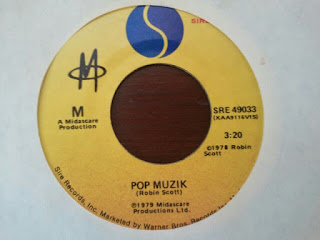 Another one from Peeber.  He's working triple time so you don't have to.

"Jesus Freak In Front of the Little Red Hen" 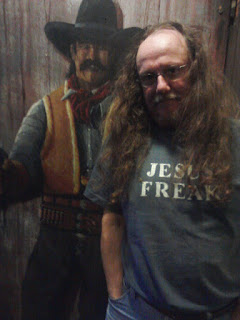 One month from tomorrow.  This link may well come in handy going foward -

So last Sunday I went over to the Little Red Hen in Green Lake to watch the Seattle Seahawks visit the Washington D.C. Football Club in a first round NFL playoff match-up.  (It was the first football game this season I consciously set out to watch, but that's another story.)  In any event, the game was on the Fox network.  Now, as it happens, Danielle and I don't have a television these days, so I see very little TV and, by extension, very few commercials.  But, during a break in the game, a promotional add ran for what appeared to be a new Fox show premiering later this month, The Following.  The show stars Kevin Bacon and, if my eyes did not deceive me, the beautiful and talented Natalie Zea, who plays Raylon's ex-wife on Justified, and who also had a fine three episode arc in the 5th season of Californication.

And so but I have no idea what this show is about, but at one point during the promotion the bar happened to quiet down, and I heard the voice-over enthusing about how great was this particular show; then he added, "You won't believe it's not on cable!" And I thought how perfect is that - a major TV network touting one of their own shows in (from what I could tell) a non-ironic fashion while, of course, simultaneously denigrating other of their network offerings (unless it's some kind of a generic tag line and they pitch all their shows like this, which seems unlikely).

Or, to put that all another way - "I don't often watch my own network, I tend to prefer those excellent cable shows: but, when I do watch my network, I watch The Following."

I posted a brief review of the first six-episode season of this show in these very pages on 2/3/12 (should you care to take another look).  Now, IBL provides you with this bit of public service (because we care) - the second and final six-episode season has just been made available streaming on Netflix.  I have yet to watch; I simultaneously can't wait and am dreading it.

"This Day You Will Be With Me in Paradise" 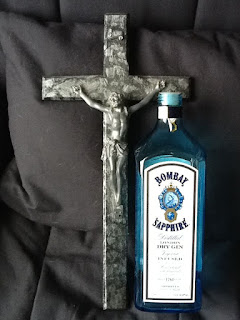 Upon seeing the most recent New Yorker cover, I was looking to do pretty much this exact thing, but a quick internet search revealed that our friends over at Illustration Concentration have handled it quite nicely.  And, so, Chris Ware's back to school New Yorker covers - one from 9/17/12, the other from 1/7/13.


My baby is pretty damn sweet.

Nope, I'm not sure either why this hasn't previously appeared in these pages.  It certainly is appropriate thematically...

"Where are those angels when we need them..."


Everybody In, Nobody Out.

A Happy New Year to you and yours from your friends at Infection By Light...