"The Witch and the Altar Boy", Don Rudolph 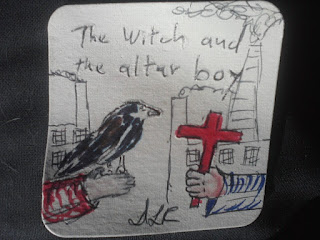 We like Don Rudolph very much, we do.
Posted by IBL:mm at 6:34 PM No comments:

"I Need A Truck", Warren Zevon

On his Underground Garage radio program a few weeks ago, Miami Steve Van Zandt was talking about how hard it was to write a short song - two minutes, two minutes and twenty-five seconds - and have it be brilliant (I believe he was holding up Little Richard as an exemplar, but I can't recall which song in particular).  In a short song, he said, to make it great, every millisecond had to be perfect.  With longer songs, his theory went, you could meander around a bit, and you might have a little more leeway here and there (though he didn't say you couldn't write a great song that was longer than two or three minutes (see Dylan, Bob)).

At any rate, clocking in at 49 seconds, I give you I Need a Truck, by Warren Zevon.  What is amazing to me is how this song so perfectly captures just about anything and everything Zevon dealt with in his other songs - booze and drugs, physical and mental anguish, fame, mortality.  I still miss him, and why wouldn't I.

(The images add nothing in my opinion, I only use the link for the audio...) 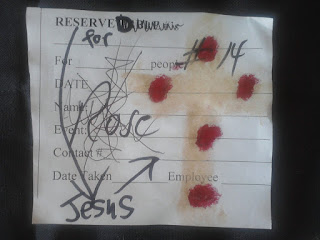 Yes, it's true, nobody asked me to sort out the gay marriage "problem", but sort it out I shall - in all fifty states of the Union as well as the District of Columbia, if two consenting adults want to marry each other, they should have that right.  A man and a woman, a woman and a woman, a man and a man.  Right now, as we know, only one of the aforementioned pairs, man and woman, can do that anywhere they please in the U.S. (and, I might add, they can do it over and over and over again).  Now, as far as I'm concerned, this issue isn't even about marriage but, rather, equality.  These two people over here have something, but these two people over here? They can't have that same thing.  And why not? Certainly there are a number of reasons posited but, to keep this brief, I'll stick to three of the basics: it's wrong; it's against God's will; marriage is designed for procreation, and children perpetuate our species.

Okay then, working backward quickly - we seem to have no shortage of children in this world, and it doesn't look like the human race is going to die off any time soon, so there goes that one.  (Also, my wife and I are married, have no children, and don't intend to have any; a couple who got married in their 70s, say, would certainly not be producing any children.  So those marriages shouldn't have been allowed?) As far as God's will goes, America is not a theocracy (yet), so somebody's biblical interpretation of what may or may not be "God's will" (a God who may or may not even exist) should have no bearing on this matter.  You are absolutely free to believe what you want based on the Bible or Torah or Koran, but the rest of us are not necessarily obligated to go along with the program.  And, finally, no doubt each and every one of us believes we know what's "right" or "wrong" about a variety of issues, both "hot button" and otherwise.  But the truth of the matter is that when we start disallowing the rights of others based on our "conscience", or our "take no prisoners" belief in what is "right" and "wrong" - further, disallowing the rights of others that we ourselves are free to exercise - then we undercut what I understand to be the entire point of this country, all that life, liberty and the pursuit of happiness stuff.

But so then some people are uncomfortable with gay marriage for whatever reason, and here comes the practical part (and there's no way in the world I'm the first person to think of this or the first one to write it down, I get that) - the government should not be in the business of marriage but, instead, civil unions, a form of a contract.  Man and man, woman and woman, woman and man - civil unions all.  Solves my equality problem in an instant.  Everybody gets the same treatment from the government.  Then, for those who still want to get married, fantastic! You find a church that will let you marry at their altar and more power to you.  If you are a gay or lesbian couple you might have to hunt a bit harder to find such a church but, make no mistake, they are out there.  And, of course, any church who refuses to marry a gay or lesbian couple has every right to do so - separation of Church and State.  And if, subsequently, a gay or lesbian couple turned down by a particular church attempted to, let's say, sue that church, then all of us upstanding liberals need to speak out in defense of that church and their right to deny that union at their altar.

Is it just me or does this not seem fair? Either let our gay brothers and sisters play by the rules in place for the rest of us, or take the government out of the "marriage" business altogether, and let churches dollop as much or as little sanctity onto these commitments as they like.  Either way, we'll wind up with a more equitable, American result. 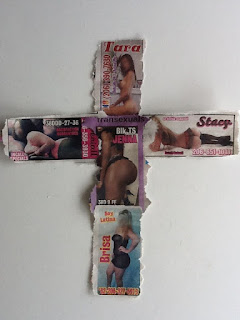 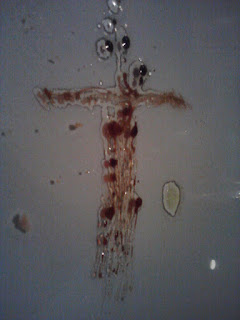 An original IBL photograph taken July 18th, 2012, at Vito's Italian Restaurant, Seattle.
Posted by IBL:mm at 11:25 AM No comments: 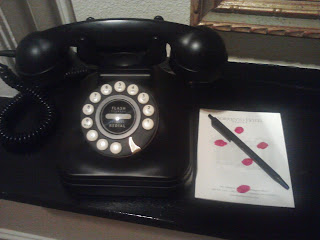 An original IBL photograph taken July 17th, 2012, at the Sorrento Hotel in Seattle.
Posted by IBL:mm at 4:29 PM No comments: 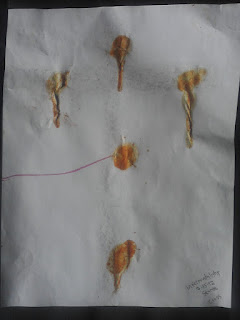 Introducing "A Taste of the Funny"

(Always looking to keep the IBL brand fresher than fresh...)


What were Custer's last words at Little Big Horn?

"Who the fuck left the top down on my Cadillac?"

A Note to the Reader

I know you've missed me the last couple of days - my witty musings and incoherent ramblings, my Wounds of Christ Onslaught (WOCO (tm)), the odd photo of a pooch or two.  Well, rest assured, I have NOT forgotten about you; it's just Seattle received a mysterious visitor from the East (Geoffrey Bankowski, Green Point, Brooklyn), and the last few days were obliterated in a Bombay Sapphire/Rainier Lager/Assorted Bourbon(s) haze.  But Geoff is gone and I'm back here at your side where I belong, and I'll try not to ever, EVER leave you stranded like that again, okay? Chin up, dry those tears, and away we go...

IBL Has Gone All A-Twitter... 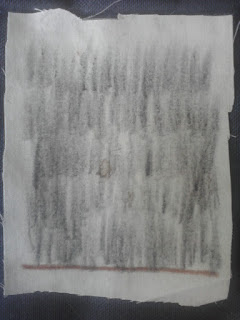 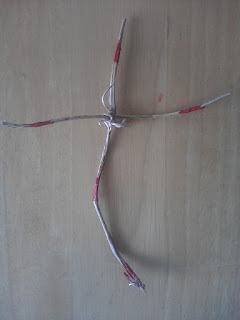 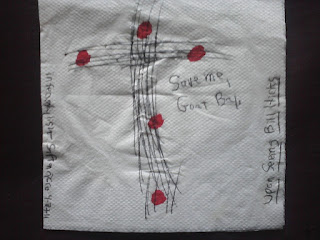 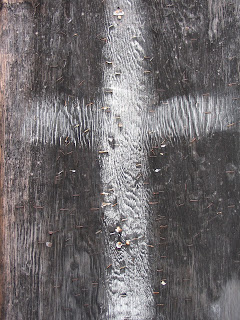 An original IBL photograph taken in the Fillmore District in San Francisco, June, 2007.
Posted by IBL:mm at 6:58 PM No comments:

I was unfamiliar with the artist Mark Manders until reading a piece on him in Art in America earlier this year.  I am quite taken with him, and thought you might be, too (especially you, Bryan Daniel).  Sadly, I'm betting he's a tiny bit out of our price range by this point.  (Oh, and don't miss the cross made out of a broom under Works B - wait, did I mention I like crosses? Like really a whole lot? Perhaps I did...)

When Being a Dog in a Sunspot Just Isn't Enough... 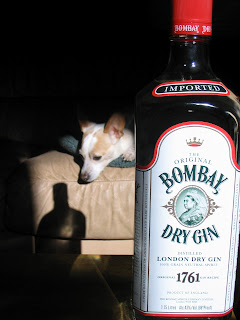 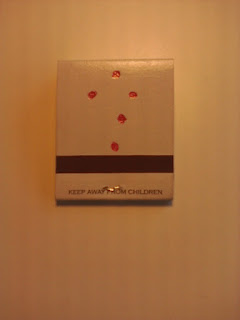 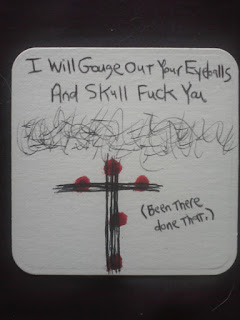 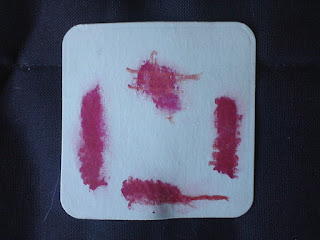 "Our Maps Are Unlike Yours" 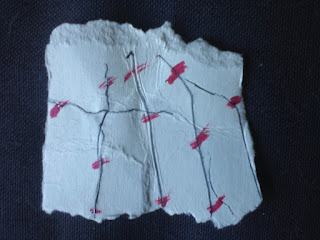 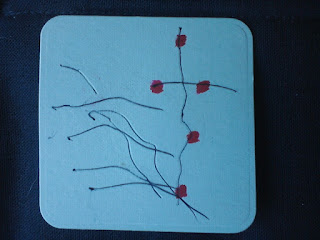 Good morning, America, how are you? 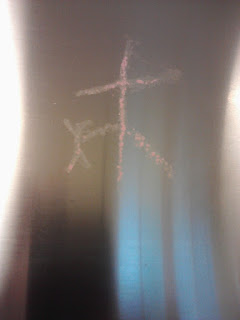 Danielle and I in Washington State for One Year...

... as of today, and I imagine your life would remain somewhat incomplete without access to this information.

We arrived Lynn Riser's Sugar Shack on 6th Avenue in Tacoma on Saturday July 2nd, 2011, and set up shop there for four months.  Next, we were in a temporary apartment on Ravenna here in the Green Lake neighborhood of Seattle; much love to Whine Heiress Kayne Doumani for the tip on that bit of lodging which was our home for three months.  And, now, in our permanent apartment on Green Lake Way overlooking Green Lake itself for the past five months.

Perhaps I can provide you a little more information via the handy "wizard point" feature (as the hep-cats are calling it) -
If you come calling, I have stuff to show you up here.  Just sayin'. 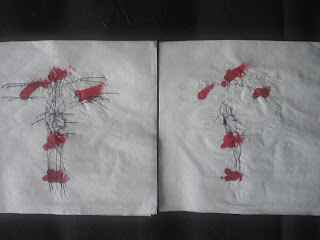 "The Last Temptation of Christ" 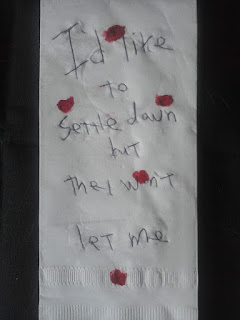