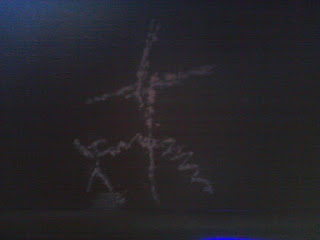 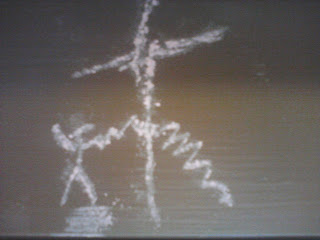 ... and I apologize for not noting his birthday earlier.  Things have been hectic around here, so I appreciate your patience in this matter...

"Sisters of the Night" by Michelle Waters 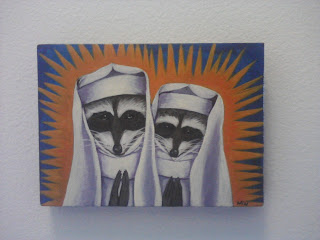 ... two Kindred Spirits.  This, too, purchased at Studio Gallery, San Francisco, California.
Posted by IBL:mm at 2:51 PM No comments: 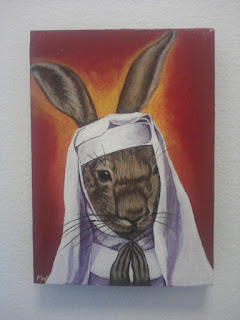 The Good Sister hangs on the wall just inside the front door of our Seattle home right along side ...
Posted by IBL:mm at 2:49 PM 3 comments:

40 McSweeney's Piled Up In Your Closet 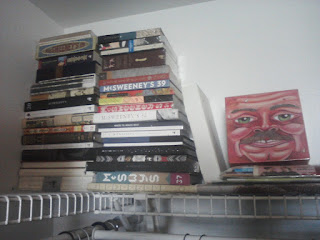 This is kind of what it would look like. 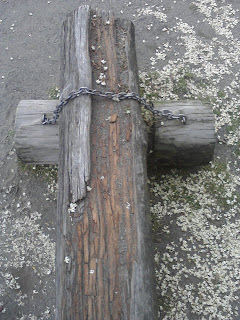 Yes, my employment search is heating up and, thusly, causing me to reflect on the classic existential questions...

Why Do I Need a Job?

And why not imagine it different for the both of them, better...
Caroline says
As she gets up from the floor
You can hit me all you want to
But I don't love you anymore.

Quite frequently I went calling, with nothing definite in mind, on Ulla, who had been obliged to break her engagement to Lankes shortly after our trip to the Atlantic Wall, because Lankes wasn't doing anything but nuns and didn't even want to beat Ulla anymore.


All the best, girls, from your pals at Infection By Light...

"Please, Take Me With You" 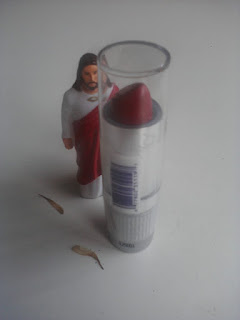 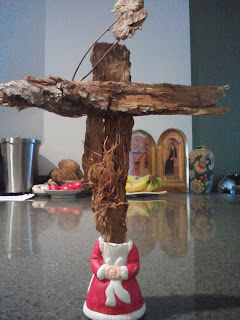 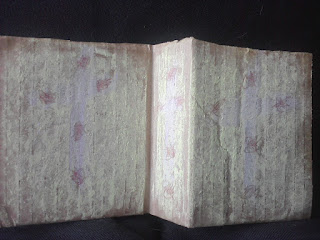 Q: Your Favorite Music Comes From Which State of the Union?

This thought came to me randomly but I'd be curious to hear others' opinions should you care to play along.  The criteria can be your very own - could be bands or singers or guitar players or songwriters or producers or however you want to look at it.

Would it be, say, Minnesota, from whence sprang Bob Dylan and Prince (not to mention Replacements and Husker Du, I believe); New Jersey, which produced Bruce and Sinatra; the California of Tom Waits and Brian Wilson; Texas for Willie, Buddy, Waylon and Janis; New York for the Gershwins, Ramones, Joan Baez and/or Beverly Sills?

(And for those of you who want to get tricky (Paul Romano - THIS.  MEANS. YOU.), I'm willing to allow some latitude - for example, Patti Smith was born in Chicago, Illinois, but left at an early age and made her name in New York.  So perhaps, should she be one of your touchstones, you want to count her as New York.  I'll leave that up to you...) 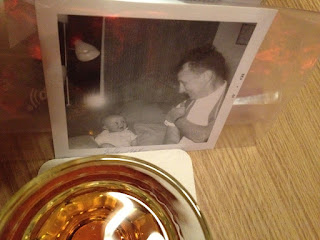 "Big Hands I Know You're the One" 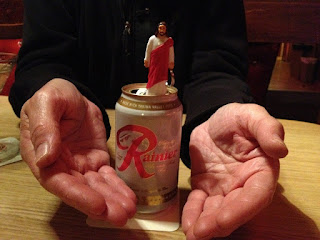 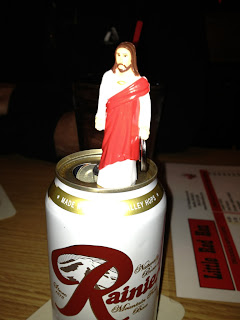 "Rainier Jesus and the Bombay Daddy" 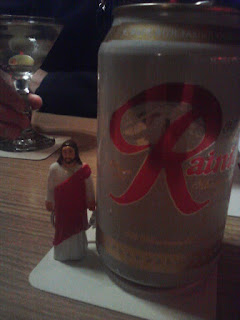 Heroes in Professional Sports - No Such Thing

Jo Ann Stremler and a woman identified only as Betsy...